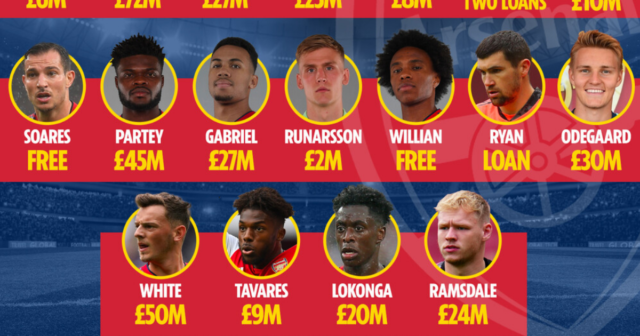 WITH no points and no goals to show from two Premier League games this season, Arsenal’s £130million outlay on new arrivals seems to have been spent unwisely. 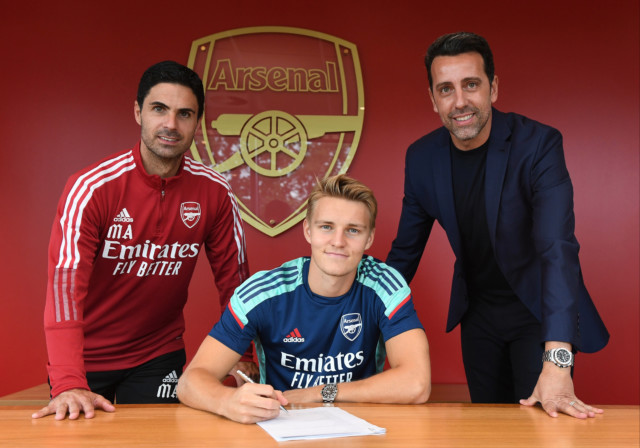 As chief transfer negotiator, Edu has been responsible for bringing in talents like Martin Odegaard to the Gunners

While the acquisition of last season’s loan star Martin Odegaard for £30million could prove to be a shrewd piece of business.

In charge of bringing in new players and shaping the squad is transfer chief Edu, who arrived at the club in 2019. Incredibly, £355million has been spent since he began his role.

The Brazilian, an Invincible nonetheless, is under pressure after the dismal start to the campaign, and latest reports have linked Dutch legend Marc Overmars to the technical director role.

But has Edu done that bad a job? Judge for yourself from all the deals he’s brought in, players let go, as well as the contract renewals he’s signed off on.

An Arsenal captain in the making, Scotland international Tierney has been Edu’s standout acquisition since his £25million move from Celtic, and was worth of his pay rise in the summer.

Although he’s suffered with injuries, he has quickly become a fans’ favourite thanks to his swashbuckling runs down the left-flank.

His crossing ability is as good as anyone in the Premier League, but with Arsenal lacking a real centre forward many are wasted. 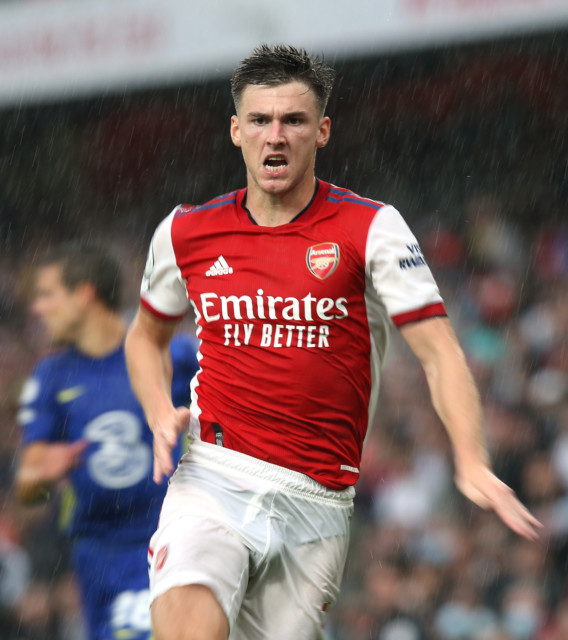 A fellow Brazilian, Edu brought Martinelli with him to the Emirates in the summer of 2019.

He would’ve been fully aware of his potential, commissioning the £6million signing from lowly Ituano for £6million, after working as Brazil’s general coordinator before taking the Arsenal post.

An exciting talent, the forward was called a “talent of the century” by Jurgen Klopp and lauded by Ronaldinho.

Odegaard was manager Mikel Arteta’s chief target this summer after starring on loan last term, and Edu delivered the Norwegian playmaker in a £30million deal.

His ability is unquestionable, and he could be the man to provide some spark and creativity to Arsenal’s misfiring forward line.

And at just 22, the midfielder could become a legend in North London.

Brought in for free after a loan from Southampton, there was nothing wrong with signing the Portugal international.

A steady squad player, he wasn’t meant to be a regular first team starter and was there to offer back-up.

However, with Hector Bellerin flirting with a move away, Callum Chambers inconsistent, the right-back might be called upon more regularly this season.

A blockbuster signing when he arrived on our shores, Partey was a star man in midfield for Atletico Madrid under Diego Simeone in a more rigid system.

At times he’s struggled to get up to the pace of the game, taking more time on the ball than necessary.

But his class is there for all to see. Injuries haven’t helped his cause either in settling in. 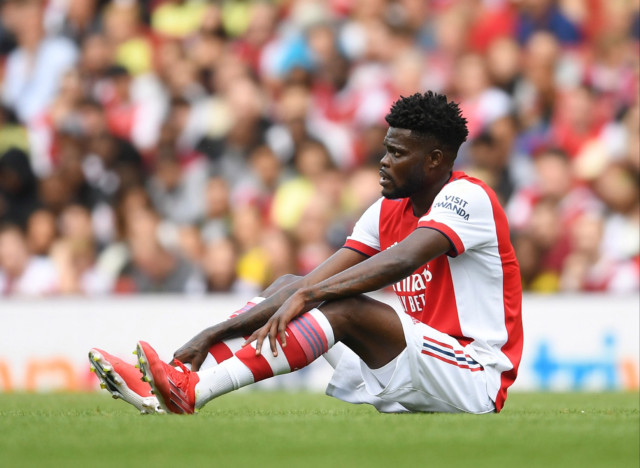 Injuries have hampered Thomas Partey’s time at Arsenal, but there’s no doubting his talent

A £27million singing from Lille, the 23-year-old defender had a mixed first season at the Emirates.

Brazilian Gabriel started the campaign well, but towards the end his form tailed off.

A knee injury has hindered his start to this season, one in which he is expected to be a starter alongside Ben White in the heart of the Arsenal defence.

The Aussie goalie made three appearances in his time with his boyhood club, while on loan from Brighton last season.

But he failed to convince the Arsenal hierarchy of his credentials, joining Real Sociedad this summer on a permanent deal.

A steady goalie, he kept one clean sheet in his time with the side and didn’t make any glaring errors.

Two loans across two seasons, the Real Madrid midfielder looked like a cultured option in the middle of the park.

He was particularly impressive in Arsenal’s FA Cup run during the 2019-20 season, when they won the competition.

But Ceballos was a disappointment in 2020-21, failing to reach the heights he did in his first spell with the club. 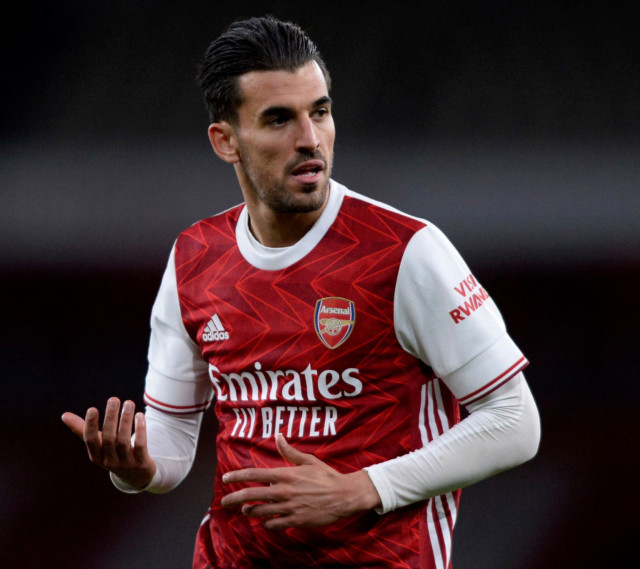 It’s fair to say the jury is still out on Pepe, a £72million signing from Lille.

The Ivorian winger, 26, looks a potential game-changer in some games, but his inconsistency is frustrating for Arsenal supporters.

His failure to try and take on his man was recently highlighted by pundit Ian Wright as one of his downfalls. 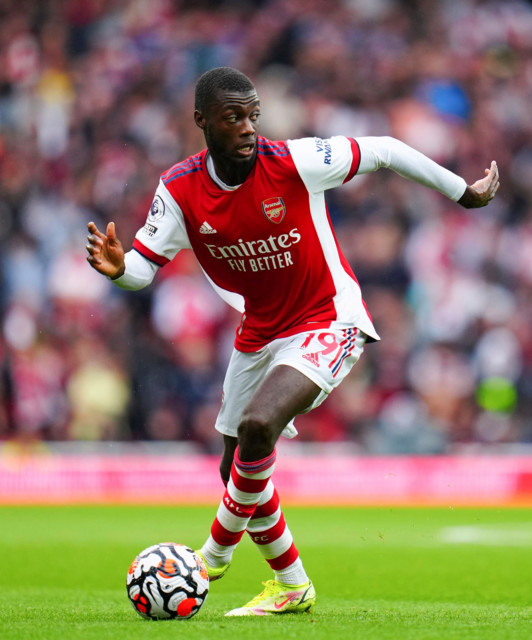 £72million signing Nicolas Pepe has been inconsistent since joining the Gunners

Arrived from Chelsea for £8million, Luiz was often a calamity waiting to happen.

Incredibly, in his two seasons he was sent off four times – against Liverpool, Chelsea, Manchester City, and Wolves.

And even though he was well-liked by the players and showed some leadership, you couldn’t say his spell with Arsenal was covered in glory.

It was no surprise he was let go in the summer after his contract expired.

Again, at times Mari looked like he could offer a presence playing on the left of a centre back three last season.

But the £10million Spaniard’s lack of pace has really been exposed at times, while against Brentford and Chelsea he was bullied by Ivan Toney and Romelu Lukaku respectively.

Highly-rated in Brazil with Flamengo, a knee injury did hinder his progress in his first season with the club.

When Emiliano Martinez was let go, Arsenal were left with a dilemma that goalkeeping coach Inaki Cana hoped to solve.

He recommended Iceland international Runarsson, who was duly signed for £2million from French side Dijon.

But, he was hardly the mustard – making a crucial error in a Carabao Cup quarter-final defeat to Manchester City, when he palmed Riyad Mahrez’s tame free-kick into his own goal.

As free transfer signings go, Willian on offer at 31 after a decent season with Chelsea appeared a good deal in 2020.

But, paying him a staggering £200,000-per-week seemed extortionate – even for Arsenal’s standards.

The Brazil winger struggled to assert himself in an Arsenal shirt, scoring his first and only goal for the club in the last month of last season – that was in 37 games.

He is set to leave for Corinthians, according to reports. 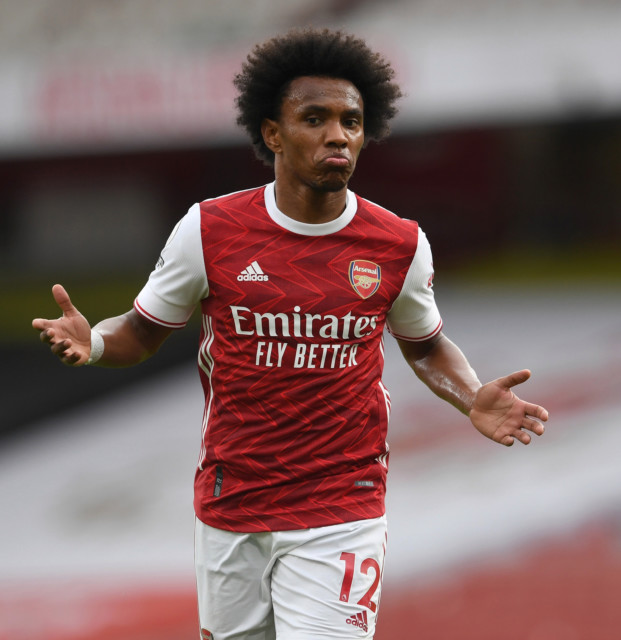 With a salary of £200,000-per-week, Willian proved to be an expensive mistake

The Argentinian goalkeeper was an able deputy for Bernd Leno in 2019-20, as Arsenal lifted the cup.

But it left Arteta and Edu with a dilemma. Could they promise Martinez more game-time with the German No1 back the following season?

They chose Leno, who in fairness hasn’t done much wrong in North London. But that prompted the No2 to secure first team football elsewhere at Aston Villa, who signed him for £20million.

Martinez was a star of Villa’s campaign last season, with some fans frustrated they let the stopper leave.

What, perhaps, makes it worse is that Arsenal struggled to replace Martinez – first trying Runarsson, then having to turn to Mat Ryan.

Now, it’s Aaron Ramsdale who has the opportunity – but he did cost £4million more than Martinez.

Perhaps there’s some sympathy to be had for Mesut Ozil.

When Arsenal were crying out for creativity, he was frozen out – seemingly because of his £350,000-per-week pay packet and Edu and the board desperate to get his wages off their wage bill.

Eventually, he was moved on to Fenerbahce in January when his contract was cancelled.

On leaving, Ozil did have nice things to say about Edu.

“I’d like to thank Edu Gaspar for helping bring about a professional and dignified solution in the past few days,” he revealed. 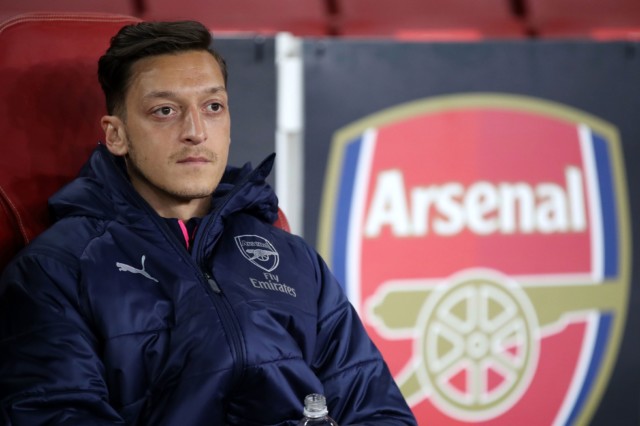 Odegaard was brought in as a replacement, of course, but very few players can match Ozil’s vision in world football.

It was just a shame his work rate wasn’t enough for boss Arteta, but there’s definitely a debate to be had that the World Cup winner could’ve offered something.

But the question remains; will these decisions cost Edu his job?