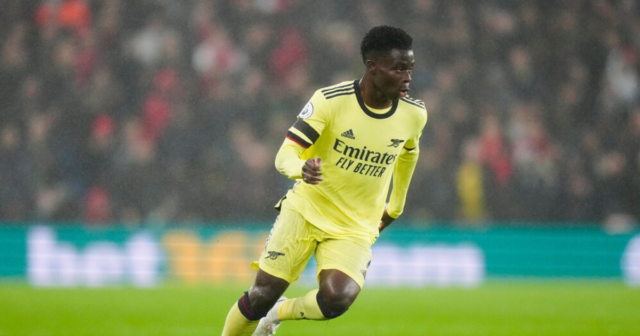 PER MERTESACKER has seen so many exceptional youngsters falling by the wayside that he had no idea what to expect of England’s young star Bukayo Saka when he took charge of the Arsenal academy.

But three years down the line the BFG, who won 104 Germany caps and the 2014 World Cup, is charging Saka and fellow youth team graduate Emile Smith Rowe with leading the Gunners back into the Champions League.

Mertesacker’s job involves him overseeing the development of 180 aspiring players in ten teams ranging in age from nine to 23.

And he admits it was impossible for him to know just how special Saka was going to become when he was appointed head of the academy in 2018.

He says: “I remember Freddie Ljungberg making a real effort to get Bukayo up the age groups but I don’t judge players at 16 because I have seen so many really talented players of that age who three years later have no chance.

“It’s between the ages of 16 and 19 that the magic happens. That’s when you see the difference between those players who grab the opportunity with everything they have and those who are given multiple chances and don’t take them.

“Bukayo has the mindset of a lifelong learner and I can only congratulate his parents for raising a son who is so humble, so respectful and so disciplined.

“Watching him play for England fills us with so much pride and even the huge disappointment of missing that penalty at the Euros was the making of him.

“We absolutely love it that he is such an inspiration who always stays true to himself along the bumpy pathway and has not been distracted by the shiny things that will come to him such as contracts and money.

“He has never lost sight of the fact that he is really fortunate to work under such privileged circumstances and those principles will last longer than any contract that he might sign.

“Only one per cent of academy players will make it in professional football and two thirds of them are no longer involved in the game at any level by the age of 20.

“There are only so many spaces you can facilitate in the senior squad but it’s always been a narrative at Arsenal to give young players a chance to play at the top.

“For example, Luke Ayling was on our books as a schoolboy and if you speak to the academy managers from that time they would have said ‘he’s got no chance whatsoever’.

“But six or seven years on he is playing in the Premier League for Leeds and even if boys don’t make it with Arsenal we are giving them the tools to succeed with someone else.

“It’s all about the motivation and intensity to keep up at the highest level.

“It’s all very well to excel in one training session, but can you do it on a consistent basis?

“Having the commitment to do that is what separates the best from the average. Because the average will not make it to the highest level. 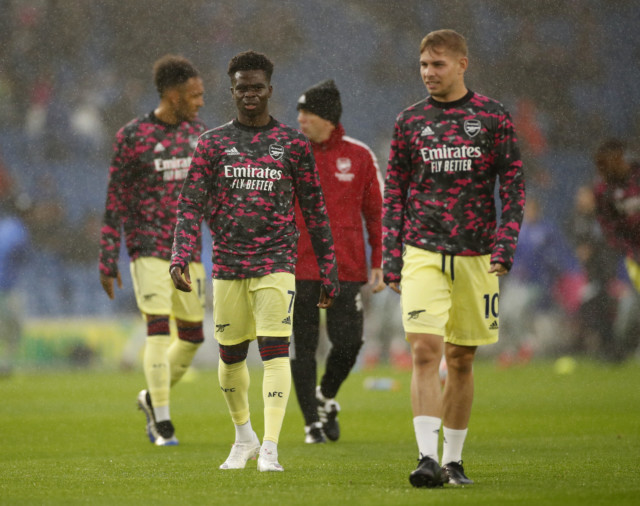 “So we are giving the first team what Arsenal needs to be competitive again with young players at the forefront and we’re asking Bukayo and Emile to lead us back into the Champions League.

“And just as they were inspired by the likes of Jack Wilshere, Cesc Fabregas and Hector Bellerin when they were coming through the academy, now they are inspiring the current crop of nine-year-olds we have here.”

Mertesacker, who spent the final seven years of his playing career with Arsenal before hanging up his boots in 2018, says the progression of sports science has been crucial in his new role.

And the use of the STATSports fitness app – now available to the general public – has proved to be a vital tool to monitor the players’ progress.

“Physical data is huge and we’re fortunate that our under-12s wear the same monitoring devices as the senior team,” he explains.

“We have a huge database which allows us to track the development of all the players and compare the figures to where the likes of Bukayo were at 13 or 14.

“You cannot be a professional footballer without a physical performance foundation, although you obviously also need excellent decision making, technical execution and the mindset to become a world class player.”

*The new STATSports Arsenal FC Edition is available from the 18th October at www.statsports.com/arsenal

Did you miss our previous article…
https://www.sportingexcitement.com/football/premier-league/juventus-1-chelsea-2-harder-and-cuthbert-net-as-blues-seal-win-on-road-in-europe-against-juve