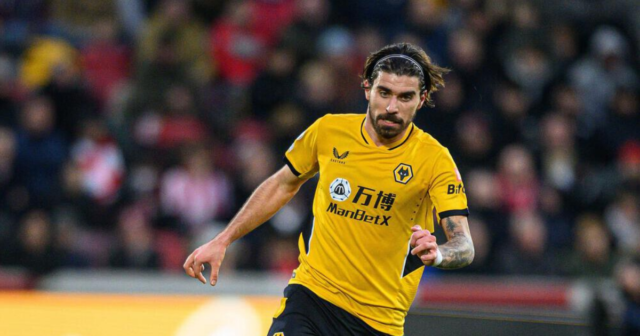 ARSENAL are interested in Wolves star Ruben Neves as a potential replacement for Granit Xhaka.

The Swiss midfielder was heavily linked with a transfer exit last summer with Roma enquiring about his availability.

Arsenal have held a long-term interest in Ruben Neves

And The Gunners continue to be impressed with Neves’ performances this season so still hold an interest in the midfielder, report The Athletic.

Neves has also attracted the attention of Manchester United after helping Wolves to eighth place in the Premier League.

Chelsea have also been credited with an interest in the Portuguese star who could cost around £38million.

Xhaka is still being linked to Roma and that means Arsenal could line up a swoop for Neves once more.

Arsenal’s urgent need for a midfielder was highlighted earlier this month when they requested a postponement for their match against Tottenham.

With Thomas Partey and Mohamed El Neny away at the Africa Cup of Nations and Xhaka suspended, Mikel Arteta only had Albert Lokonga to call upon in the middle of the park.

But with Arsenal also determined to sign a striker this month they could wait before moving for Neves.

Arsenal could opt for a cheaper option in Juventus star Arthur Melo, having been linked to the midfielder earlier in the window.

The club are are reportedly gearing up to renew discussions with Juventus over a loan move which could include an option to buy.