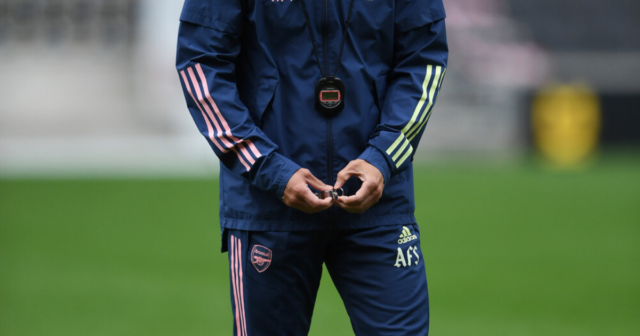 ARSENAL could be forced to make do with a skeleton coaching staff for their Premier League clash with Manchester City on New Year’s Day.

Gunners manager Mikel Arteta recently tested positive for coronavirus for the second time and has been placed in quarantine.

One of Arteta’s assistants Steve Round was missing from the north Londoners’ dugout during the victory over Norwich on Boxing Day.

According to the Telegraph, other key members of the coaching staff could also be absent on Saturday amid growing concern regarding the spread of Covid-19 at the club.

Assistant coach Albert Stuivenberg took charge of training on Wednesday and is set to lead Arsenal against City at the Emirates.

The club continues to assess the situation and its rigorous testing protocols are still being carried out.

Further potential absences also depend on the length of isolation periods required for those who have already contracted the virus.

The first-team has had a handful of positive tests but as of Thursday morning there is no concern about whether the Gunners would have enough senior players to fulfil the upcoming fixture.

Arteta also tested positive for Covid-19 in March 2020 and that led to football shutting down in England.

The Spaniard is one of four Premier League managers that were forced to the sidelines because of the virus this season along with Newcastle’s Eddie Howe, Aston Villa’s Steven Gerrard and Crystal Palace’s Patrick Vieira.

Arsenal are set for an even tougher task this weekend as City have won all 10 of their last Premier League matches.

The Citizens are top of the league with eight points separating them from second-placed Chelsea.