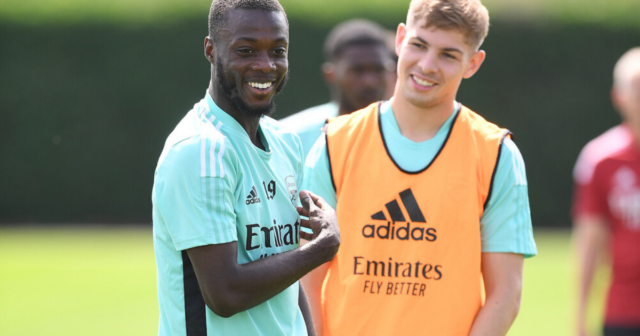 NICOLAS PEPE is running out of time to prove himself at Arsenal.

It is more than two years since the Ivorian international became the club’s £72million record signing from Lille.

But he has still not been able to nail down a place in Mikel Arteta’s starting XI.

Pepe’s prospects are unlikely to change any time soon after finding himself behind fans’ favourites Bukayo Saka and Emile Smith Rowe in the Emirates pecking order.

And though he still has more than two years to run on his £140,000-a-week contract, Arsenal could soon consider selling him before his value drops much further.

One club who have been linked with a bid for Pepe are today’s opponents Newcastle, although Gunners manager Arteta insisted: “It’s not yet the moment to talk about that.

“What we are interested in is for Nico to perform at the level he can.

“He has had some really good performances for us since I have been here and other moments when he hasn’t participated that much. That’s a part of football which you have at every team. You only have 11 players on the pitch and when you have a 24-man squad there are 13 that don’t play.

“Nico has very specific qualities and when he can put them in place they’re magnificent.

“But we have talked about consistency and he needs to do what he is doing and even raise his level. That is what we want to make the team better.

“He is training well but sometimes the coach makes a decision based on other qualities that are necessary in the game plan for the day and has to choose between two or three players.”

There is no doubt in Arteta’s mind that Pepe has struggled to live with the huge price tag since he signed in summer 2019.

Then Gunners boss Unai Emery had actually opposed his purchase and wanted to buy Wilfried Zaha from Crystal Palace instead.

But he was overruled by the club, who agreed the eye-watering deal with Lille which raised huge expectations among Arsenal supporters.

Bukayo Saka is another that has moved ahead of Pepe

Arteta said: “We will see in the next few seasons if Nico is capable of achieving what we expect from him.

“Is it value for money if you pay big money for a player and then you are not in the Champions League?

“It’s a very particular question and one that is difficult to answer because is that down to an individual or to the collective performance of the team?”

Pepe, 26, has started fewer than half of Arsenal’s games this season and is almost certain to be on the bench again this afternoon against bottom-of-the-table Newcastle.

He is due to be off to the Africa Cup of Nations when the transfer window opens in January and struggling Toon — now under new boss Eddie Howe — will be weighing up a possible move for the frustrated winger.

Arsenal saw first hand how difficult it was to keep hold of their players when newly-minted Manchester City came in for stars Samir Nasri, Gael Clichy and Emmanuel Adebayor.

And now there is a threat Saudi-backed Newcastle could also pillage their squad.

Arteta said: “Players should stay at clubs when they feel important and valued in every single aspect.

“But when they decide they need something different, a club that has financial power has the power to convince anybody.

“The arrival of another big-spending club is going to raise the level of the Premier League for sure. They are going to make decisions to fulfil their ambitions and that is the beauty of this league.

“We have the best managers, the best players and the best facilities — and as a consequence, we are the best league in the world. 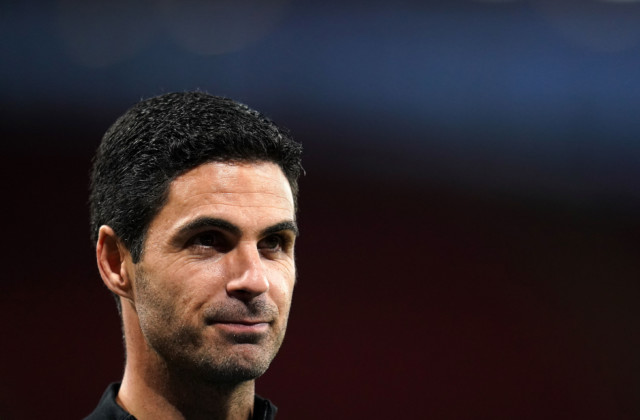 “Arsenal absolutely has to respond to that challenge because the demands will be higher so we have to find the right resources, ideas and commitment to go another step forward.”

The North Londoners have won their last nine home games against Newcastle and Arteta is adamant that his team keeps that run going after last weekend’s 4-0 defeat at Liverpool.

That Merseyside beating ended a ten-match unbeaten run that had turned around the Gunners’ season.

And Spaniard Arteta added: “I really liked the reaction in the dressing room at Anfield after the game, how some players took leadership and spoke in a really honest way.

“That is something that didn’t happen before and I’m pleased with how the team has responded through this week.

“There will always be bumps in the road, disappointing results and injuries to deal with.

“But we can learn a lot of things from last week’s game because we saw the standards we need to compete with those teams at the top of the league and how consistently they do it in every game.

“They dominate every area, which is why they have been so successful. And that’s what we have to look for at Arsenal.”