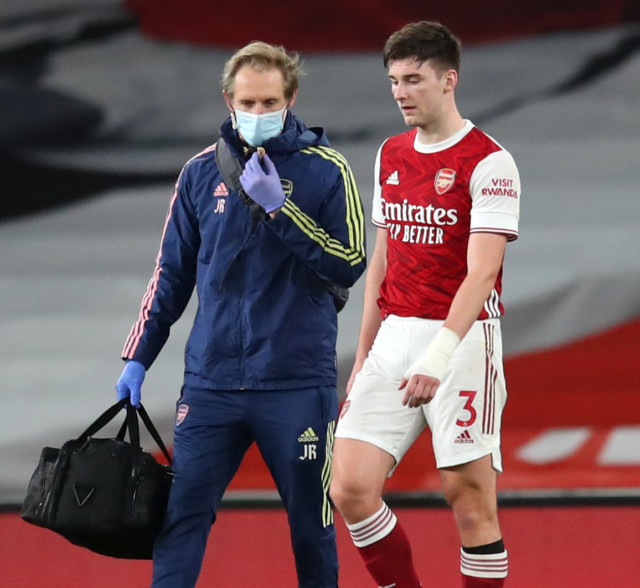 ARSENAL have been dealt major blow after Mikel Arteta confirmed Kieran Tierney will miss the rest of the season – with Bukayo Saka and Gabriel Martinelli also picking up injuries on Sunday.

The Gunners left-back, 23, was substituted at half-time in the defeat by Liverpool last weekend.

Tierney was injured in a clash with James Milner and scans have revealed he suffered ligament damage.

And after Arsenal beat Sheffield United 3-0 on Sunday, Arteta admitted: “Kieran is out, probably for the season.”

And the news only got worse from there, with Arteta also confirming Saka and Martinelli had picked up knocks at Bramall Lane.

Saka hobbled off the pitch with 20 minutes to play after starring in the No10 role after the Gunners boss gambled with Granit Xhaka at left-back in the place of Tierney.

Martinelli was also taken off with just under ten minutes of the game to go having scored just minutes earlier.

And Arteta revealed both players had picked up injuries in a major blow ahead of Thursday’s crunch Europa League quarter-final second-leg away to Slavia Prague.

On filling in for Tierney, the Arsenal boss said: “It’s the first time Granit Xhaka has started at left-back.

“It’s a possibility for him. He has the qualities to play there. 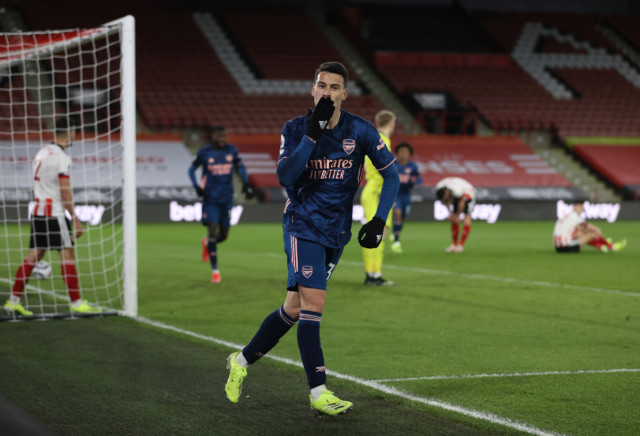 “Bukayo Saka, the last thing we need is another injury but he felt something in his thigh.

“Gabriel Martinelli twisted his ankle but he’s a tough boy.”

Arsenal’s win lifted them to ninth in the Premier League with seven games to play.

The Gunners sit ten points adrift of the top-four and know they must surely win the Europa League this season in order to qualify for the 2021-22 Champions League.

However, the North Londoners slipped to a 1-1 draw at home to Slavia Prague midweek after conceding a last-gasp equaliser.

They must now get a result in Czech Republic this coming Thursday if they are to reach the semi-finals.