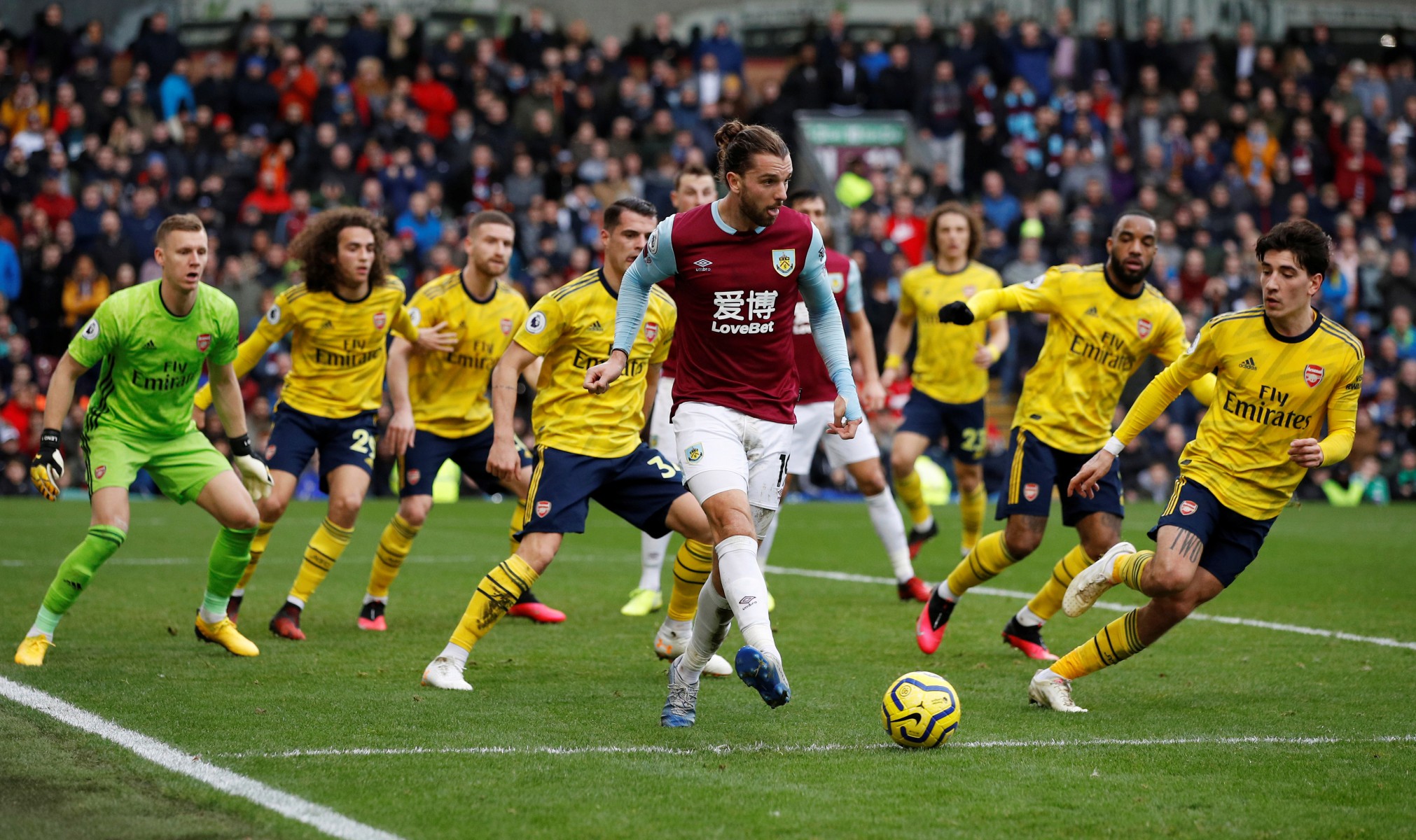 ARSENAL’S defenders seemed to confuse the Hand of Rod with the Hand of God at Burnley yesterday.

Clarets striker Jay Rodriguez was surrounded by SEVEN Gunners as he looked to break the deadlock in the 0-0 draw at Turf Moor.

Maybe they feared he would recreate his cracker against Manchester United last month
It had echoes of the famous image of Diego Maradona in his prime being swamped by defenders when he took on Belgium at the 1982 World Cup.
And Barcas Lionel Messi against half the Inter Milan team in the Champions League in 2009.
Despite the close attention, Rodriguez did nearly score, seeing his late volley bounce down off the bar and not quite over the line.

You get the feeling that Maradona or Messi would have buried that one – even with their right foot.

It’s not the first time Rodriguez has emulated the Argentinian pair.

In December 2018, he punched in a late equaliser for West Brom against Aston Villa in the Championship.

Maradona, of course, scored the most famous handball goal of all time against England at the 1986 World Cup.

And Messi punched one in for Barcelona against Espanyol in 2007.

“He had to wait for his chance but the front two were good.”

The Gunners may have cut Rodriguez down to size – just – but they found it turf going at Turf Moor.

Mikel Arteta bizarrely claimed the grass was too long as Arsenal drew again.

The Arsenal chief said: The conditions were difficult. The grass was this long. They didnt put water on it and that is difficult to play football.
I didnt water the grass yesterday at the training ground so I was expecting it but that doesnt make it easier to play.
We adapted really well in some moments and in some others it wasnt the grass. What they do they do really well.