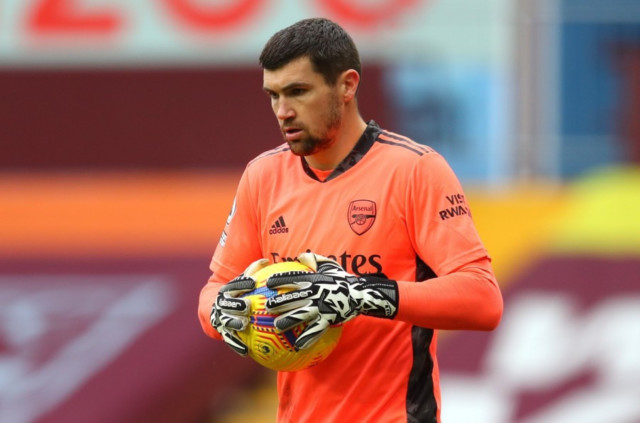 CELTIC are planning to rival Arsenal in a move for goalkeeper Mat Ryan, according to reports.

The Bhoys are considering their options at present but new manager Ange Postecoglou is reportedly keen on Ryan, having worked with the 29-year-old while manager of Australia.

But so far there have been no talks between Celtic and Ryan, according to Sky Sports.

The report states Ryan wishes to be first-choice keeper at his next club however, and that could dent Arsenal’s transfer hopes.

Ryan joined the Gunners in January on a loan deal until the end of the season.

He made three appearances but kept just one clean sheet, in the away win at Newcastle.

But he impressed in his limited game time, and Mikel Arteta is believed to be keen on bringing him back to the Emirates.

Several clubs are believed to be chasing Ryan however, including teams in Spain and France.

And Brighton could be willing to cash in on the Australia international as his contract expires next summer.

The Seagulls signed Ryan in a record-breaking deal when they were first promoted to the top-flight in 2017.

He has made 123 appearances for the south coast club but appears ready to take on a new challenge, either in Britain or abroad.

Did you miss our previous article…
https://www.sportingexcitement.com/football/premier-league/man-citys-portugal-star-joao-cancelo-ruled-out-of-euro-2020-with-covid-as-man-utds-diogo-dalot-called-up