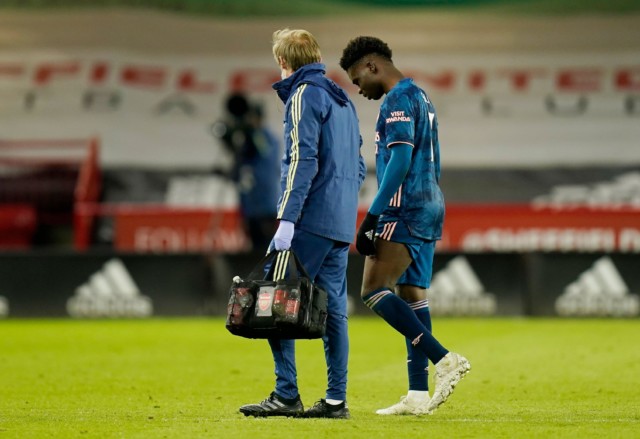 ARSENAL are facing an injury crisis ahead of their Europa League return trip to Slavia Prague.

The Gunners easily swept aside Championship-bound Sheffield United 3-0 on Sunday – but it came at a cost.

Rising star Bukayo Saka came off injured, and he could join a packed treatment room at the Emirates.

Speaking after the game Gunners boss Mikel Arteta confirmed left-back Kieran Tierney is ‘probably out for the season’ while David Luiz will also miss the Slavia game.

He added: “Emile [Smith Rowe] and Martin [Odegaard], we don’t know yet.

“Bukayo [Saka], we’ll see how he develops in the next few days.

“He had discomfort in his thigh and it’s the last thing we need because we are missing some big players at the moment.”

Captain Pierre-Emerick Aubameyang also missed the game at Bramall Lane with a cold, but is expected to return to face Slavia Prague.

And in another rare piece of good news, Gabriel Martinelli has confirmed he is fit to play despite picking up a knock to his ankle and being substituted against Sheffield United.

And Arsenal have a job on their hands after a dismal 1-1 draw in the home leg at the Emirates. 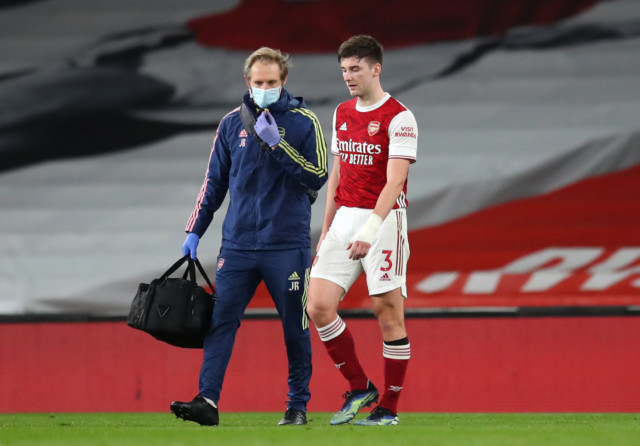 Kieran Tierney is likely out for the rest of the season

Nicolas Pepe struck in the 86th minutes, but Thomas Holes’ 93rd-minute equaliser gave the Czech side that vital away goal.

With Arsenal languishing down in ninth place and ten points off fourth-place West Ham, winning the Europa League seems to be their only chance of getting Champions League football next season.

SunSport has exclusively revealed how Arteta is facing growing resentment from players upset they are being blamed for Arsenal’s problems instead of him.

Senior stars are increasingly frustrated at the way boss Arteta has been able to paint a picture that the fault for the side’s poor season is all down to them.

SunSport understands some within the squad believe the Spaniard is all ‘emperor’s new clothes’ by talking a good game but failing to actually deliver.

It is the first sign of cracks beginning to appear within the Emirates over the way Arteta has gone about his job in the 15 months he has been in charge. 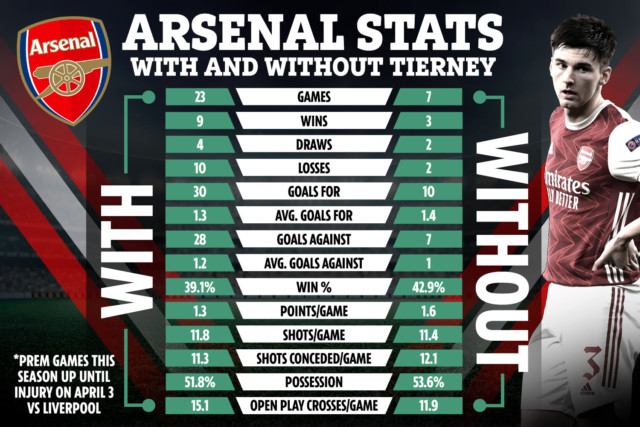