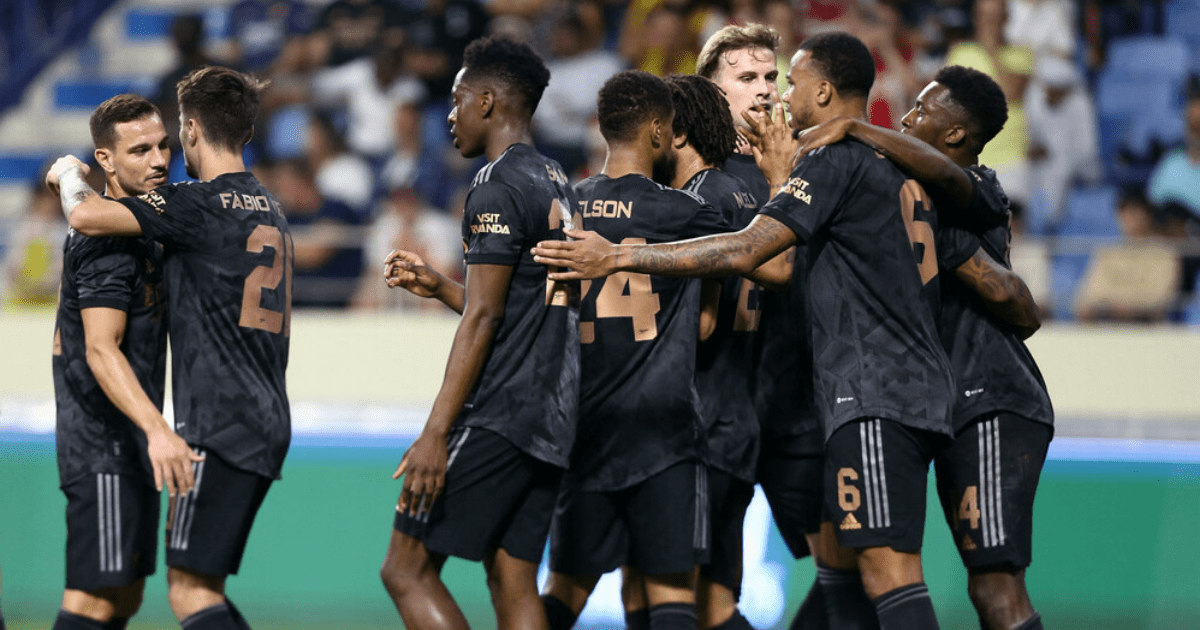 FANS have been left bemused after Arsenal and Lyon held a penalty shootout despite the game ending 3-0 to the Gunners.

The North London side took on the Ligue 1 side in a friendly match in order to boost fitness ahead of the return of the Premier League.

Arsenal had to beat Lyon twice, first in the game and then on a penalty shootout

Eddie Nketiah and Fabio Vieria were among the scorers

Clubs have been on break during the World Cup in Qatar but are now gearing themselves back up.

Arsenal are taking part in the Dubai Super Cup, in which they will also face Serie A giants AC Milan and Juventus.

Mikel Arteta’s side looked impressive as they fired three goals past a strong-looking Lyons side at the Al-Maktoum Stadium.

Goals from Gabriel Magalhaes, Fabio Vieira and Eddie Nketiah were enough to give their side the victory.

Arteta did give plenty of youngster’s run outs in the game with Marquinhos, Taylor Foran and Amario Cozier-Duberry all getting minutes.

Despite the convincing win, the two sides still held a penalty shootout, as the Arsenal official Twitter account posted: “Penalty shootout up next for an extra point.”

This left fans confused as one tweeted: “Why penalty shootout?”

A second added: “We win by three goals to none, yet we still go to penalties?”

A fourth said: “I know it’s only a friendly but what sort of rule is this.”

There are also penalty shootouts held after each game, with another point available for the winners.