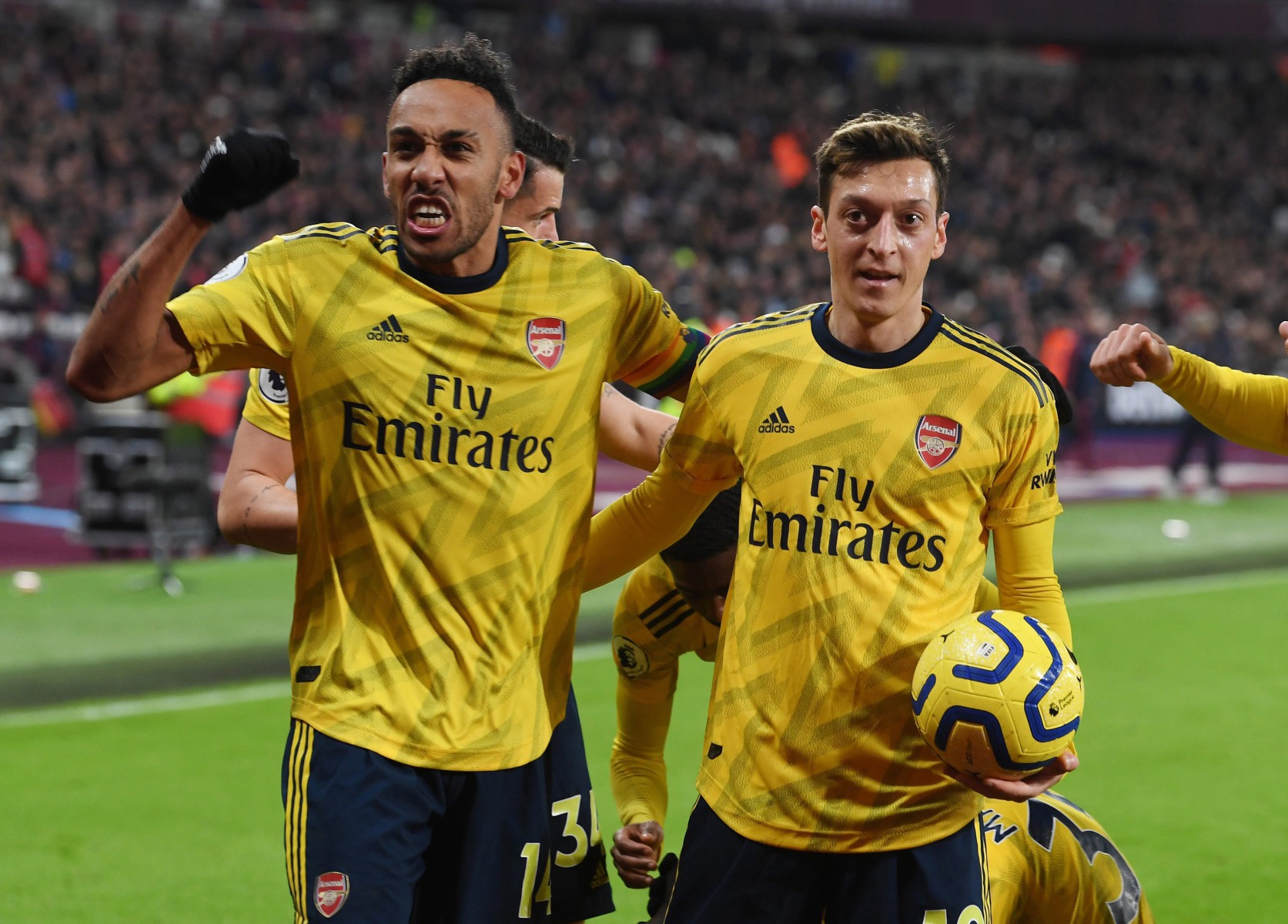 MESUT OZIL left some Arsenal fans bewildered after celebrating a goal at West Ham with a curious skipping dance.

After Pierre-Emerick Aubameyang made it 3-1 to the Gunners on Monday night, the German playmaker was seen throwing shapes in the background.

Put down by some as a reference to video game Fortnite, others compared Ozil to a man riding an invisible horse and even a lucky student.

One fan explained the jig as: “Lol I think it’s Fornite dance.”

Another remarked: “When you get A on the project and you didnt do s***.”

An Ozil supporter added: “Loved your jumping celebration and that scream bro.”

The Gunners secured their first win under Freddie Ljungberg with three goals in ten minutes at London Stadium.

Writing on Twitter after the 3-1 victory, the Swede thanked fans for their patience.

He posted: “Weve missed this winning feeling! Well done to the players and thank you to our fans, you dont realise how much your support helps us. Keep sticking with us!”

Ozil featured for the entire 90 minutes and admitted to having a smile back on his face having been returned to his prime position under Ljungberg.

The playmaker tweeted: “Finally a reason to smile again… a little bit!

“That winning feeling is back. How I’ve missed you!! But of course we all know that there’s still a lot of work in front of us.”