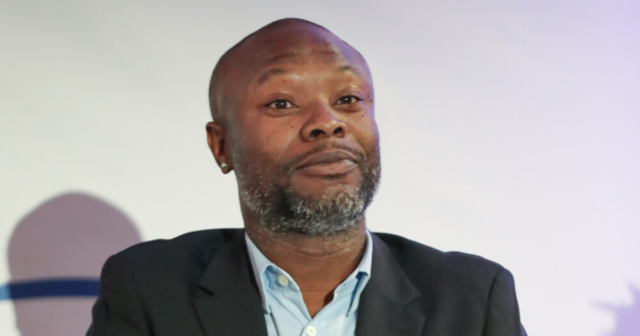 FORMER Arsenal captain William Gallas has expressed his concern at the club finding a quality striker to replace Alexandre Lacazette and Pierre-Emerick Aubameyang.

Though the 44-year-old, who featured 142 times for the Gunners between 2006-2010, backed the North Londoners to finish in the top four.

Mikel Arteta is aware he must bolster his attack in the summer after allowing Aubameyang to join Barcelona on a free transfer in January.

Meanwhile Lacazette and Eddie Nketiah are poised to depart at the end of the season when their contracts at the Emirates expire.

But Gallas has claimed he is unsure what centre-forward Arsenal should look to bring to the club.

Speaking to SunSport via bet365, he said: “There’s an expectation within the club that Lacazette is leaving in the summer, so they need to find at least one top striker to replace him and Aubameyang.

“There are no players that stand out to me at the minute that are within Arsenal’s budget.

“I just want to see them to sign a striker who can score at least 20 goals a season and that’s not easy to find, but for a striker, that’s the standards of what we expect at a club of Arsenal’s stature.

“For teams like Man City, the way they play they don’t need an out and out striker. All of their team can score.

“But for Arsenal they need a good, solid striker who can score a minimum of 20 goals a season.”

Despite Arsenal scoring just TWICE from their six games in 2022 so far, Gallas has praised the character within the squad under Arteta.

Asked about whether he has been impressed by their turnaround following the club’s disastrous start to the campaign, he remarked: “Yes, I have been.

“They’ve had some good results and shown great character. At the moment, Arsenal are doing quite well.

“We’ll see just how good a job Mikel has done if they make Europe, and specifically the Top Four at the end of the season.”

With Arsenal having three games in hand over fourth-placed Manchester United, Gallas has declared his old side are his favourites to finish in the top four. 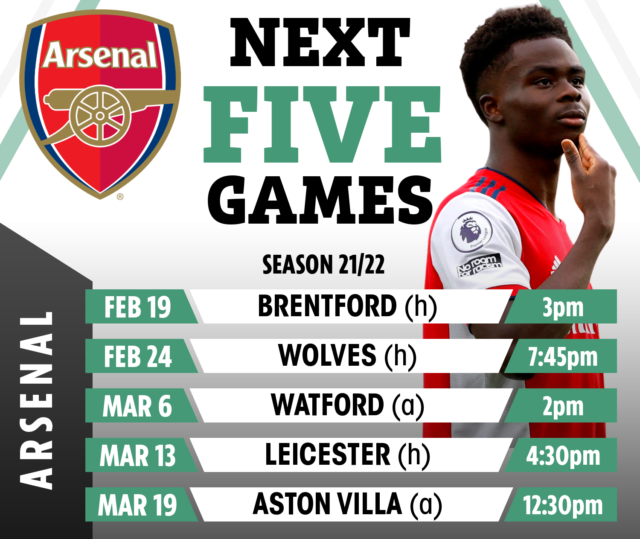 Commenting on the race for Champions League football, he stated: “It’ll be very exciting to see.

“Arsenal after winning 1-0 against Wolves look a strong contender, that was a big result for them.

“I know there’s West Ham as well who look good this year, but Arsenal have a great opportunity to finish fourth. I’m backing them to do it.”