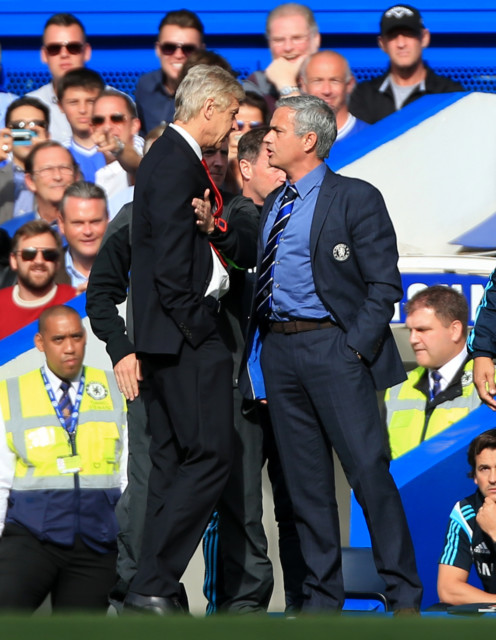 JOSE Mourinho has mocked Arsene Wenger’s decision to axe him from his new book and claims it’s because his old rival could ‘never beat me’.

The Tottenham boss does not feature at all in the former Arsenal manager’s memoirs – despite the legendary battles they had over the years. 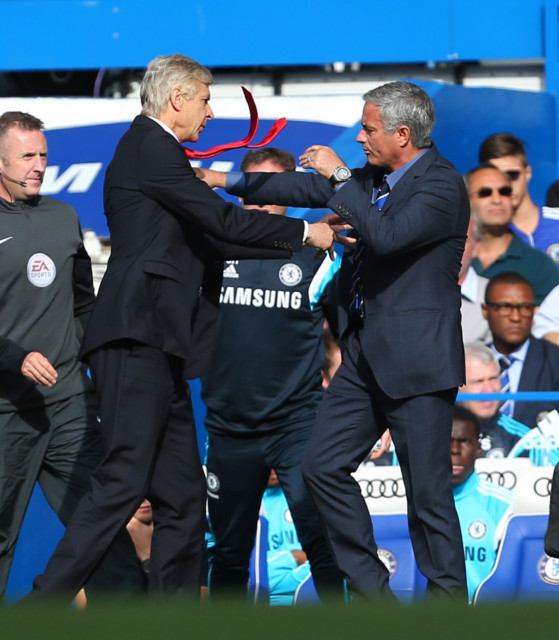 It boiled over in October 2014 when Wenger pushed Mourinho

Wenger’s autobiography, “My Life in Red and White”, was released this week, a little over two years since the 70-year-old left Arsenal after 22 years in charge.

Sir Alex Ferguson, Mesut Ozil and Ashley Cole among others are discussed as Wenger reflects on his long and successful life in football.

But Mourinho, his great adversary, does not warrant even a passing mention.

The ex-Chelsea boss joked that he believed it was because Wenger had few happy memories of facing him.

When asked about his absence in the autobiography, the Portuguese manager told a press conference: “[It’s] because he never beat me.

“You are not going to do a chapter about 14 matches that you never win so why should he speak about me in a book.

“A book is a thing to make you happy, make you proud.

“So I understand perfectly the situation.” 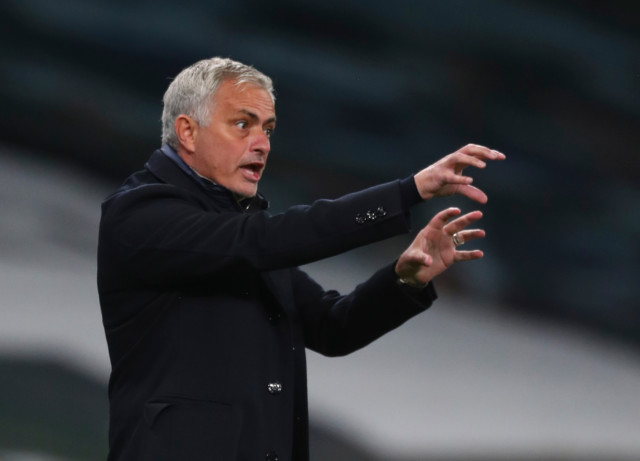 While Mourinho did have by far the better head-to-head record, Wenger can boast of two wins.

The Frenchman got his first win in the 2015 Community Shield at the start of Mourinho’s disastrous season in charge of Chelsea which saw him sacked by December.

His Arsenal then beat Mourinho’s Manchester United 2-0 in the Premier League in 2017, being the first league victory for the Gunners boss going all the way back to when they first faced off in 2004.

The pair locked horns many times after in a relationship filled with hostility and mutual dislike, and the Special One’s book dig is just the latest chapter in their epic and long-running war of words.

Mourinho kicked things off after his arrival in England, when he did not take kindly to Wenger commenting on a couple of Chelsea’s dodgy early season results and branded him a ‘voyeur’.

Wenger responded: “He’s out of order, disconnected with reality and disrespectful. When you give success to stupid people, it makes them more stupid sometimes and not more intelligent.” 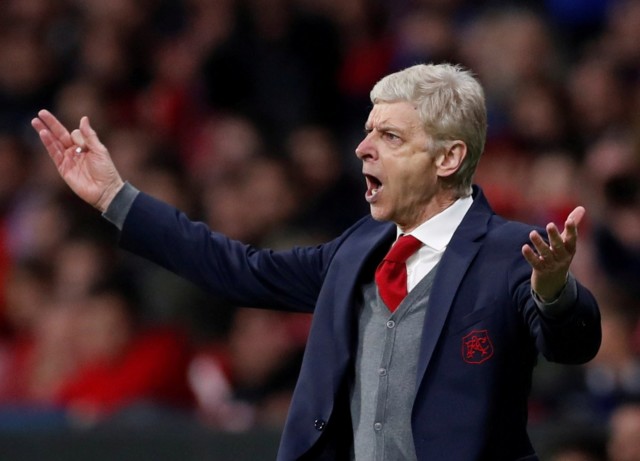 Things got even more fiery when Mourinho returned to Stamford Bridge almost a decade later.

Wenger was asked why the managers of his title rivals kept playing down their credentials towards the end of the 2013/14 season, and he responded that it was a ‘fear to fail’.

Mourinho famously snarled back that his counterpart was a “specialist in failure” and added “eight years without a piece of silverware, that’s failure. If I do that in Chelsea, eight years, I leave London and I don’t come back.”

Things boiled over on the Stamford Bridge touchline in October 2014 when Wenger shoved Mourinho in the chest during a row.

Mourinho also had some words to say on his rival following the 57-year-old taking the reigns at Man United.

He appeared to reference him when he spoke of ‘only one manager’ not being under pressure to produce results.

He added: “The one who can speak about the referees before the game, after the game, can push people in the technical area, can moan, can cry in the morning in the afternoon, nothing happens.

“He can not achieve, keep his job, still be the king.”

The ex-Porto boss however did speak highly of Wenger upon his departure from Arsenal, saying “if he’s happy with the decision, I’m really happy and I hope he doesn’t retire from football.”