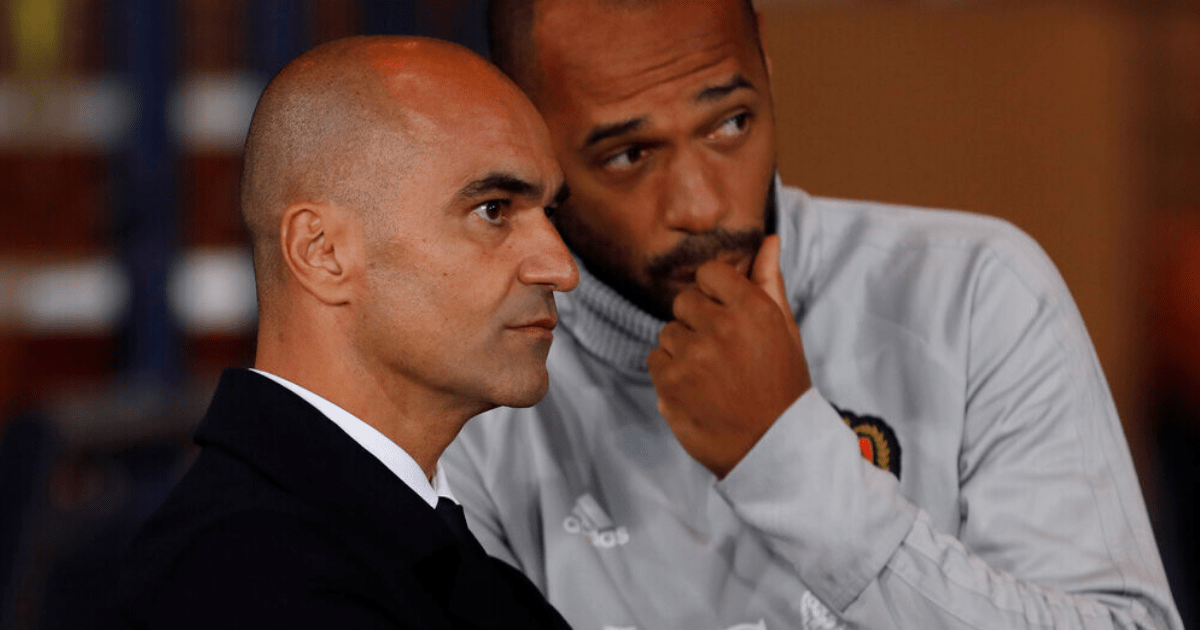 THIERRY HENRY could lead Belgian on Sunday from the dug-out due to Roberto Martinez’s potential suspension.

The Belgians head to the Amsterdam Arena looking to defeat the Dutch and pip them to top spot in Group D of the Nations League.

However, they seem certain to go into the showdown without their manager Martinez on the touchline.

The Spaniard, 49, was sent off from the sidelines during the dying seconds of last night’s 2-1 victory over Wales.

He was given his marching orders for time-wasting after refusing to return the ball to a Welsh player as they pressed for an equaliser.

The former Everton and Wigan coach is now set to be punished by Uefa, which could lead to a touchline ban against the Netherlands.

And that could mean that Arsenal legend Henry, who is Martinez’s assistant, may get his first taste of leading an international team from the bench in his absence.

However, it all depends whether Martinez is able to launch an appeal against his dismissal.

He said: “I don’t understand this red card. I took the ball. It was worth a yellow card, but not a red. We’ll see if we can appeal.

“I admit that I was a little surprised to be excluded in this way, it was not much. But well, it is clear that I should have left the ball to the Welsh player, not to quibble with it. We’ll see what happens, I hope to be cleared by Uefa.”

Henry initially started his coaching career under Martinez with the Belgian national team from 2016.

He left that role after two years to take charge of French club Monaco, however, he was axed just months later following a dismal spell.

Henry failed to win a league home match and left the Ligue 1 outfit second bottom of the table after collecting only 15 points from his 21 games at the helm.

He then headed to the MLS when he was appointed boss of Montreal Impact at the end of 2019 on a two-year deal.

But after leading them to the “play-in” round of the Eastern Conference Play-Offs, he quit them due to troubles being able to travel and visit his family in London amid the coronavirus pandemic in February 2021.

He was not out of work long, and he soon linked back up with Martinez as his assistant manager at Belgium.

Did you miss our previous article…
https://www.sportingexcitement.com/football/premier-league/aston-villa-rocked-by-huge-double-injury-blow-with-lucas-digne-and-boubacar-kamara-set-to-miss-world-cup/