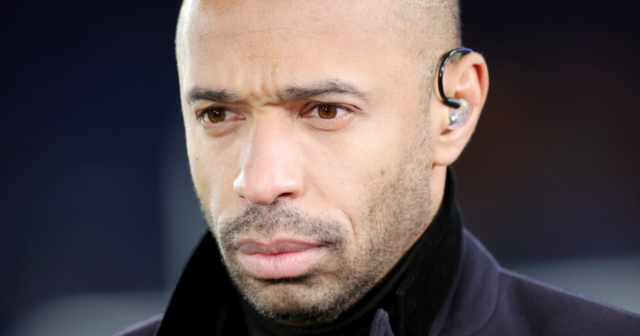 The Red Devils are set to equal their longest trophy drought since they were last relegated… 48 YEARS ago.

The Red Devils are set for another year without silverware

United are out of the Carabao Cup and the FA Cup, and while Anthony Elanga came off the bench to secure a draw in the first leg of their last-16 Champions League tie at Atletico Madrid last night, not many fancy Ralf Rangnick’s side to go all the way.

Now Arsenal legend Henry and Liverpool great Carragher have ripped into the Red Devils flops and believe that some of them are actually ‘unmanageable’ after years of failure.

Henry told CBS Sport: “The way they play is not United. It’s not the United I know – I don’t know what it is.

Carragher jumped in and asked: “Do you think the Manchester United we’ve seen over the last four or five years are actually unmanageable?

“We are talking about the structure of a football club, the players they have. They have had five or six managers – some of them have won Champions Leagues.

“You talked about Ajax being your favourite Champions League team – Louis van Gaal was the coach. He’s managed Manchester United.

“Jose Mourinho, he’s been in there, Ole Gunnar Solskjaer, a legendary figure. Ralf Rangnick now, the top of gegenpressing, the way that teams play now.

“I look at that, and there’s different football clubs at different levels and no matter who goes in they can’t seem to get it right.

“Now is it at that stage where the structure from top to bottom, the Glazers and the players they have, recruitment…”

Henry jumped in and responded: “I don’t like usually to have a go at players but like you said, you had a teacher like Louis van Gaal who is successful, then they called Mourinho a ‘dictator’ because he was too much into this and that and too direct with the players.

“Suddenly you have a friend and they liked Solskjaer because he was more of a dad and nice guy. But when is it going to be about the players?

“They have to deliver. I repeat – it’s Manchester United and when you play for Man United you have got to deliver.

“Regardless of who the coach is, it cannot always be the coach. “I’m sorry but those guys need to perform and start to understand where they are.”