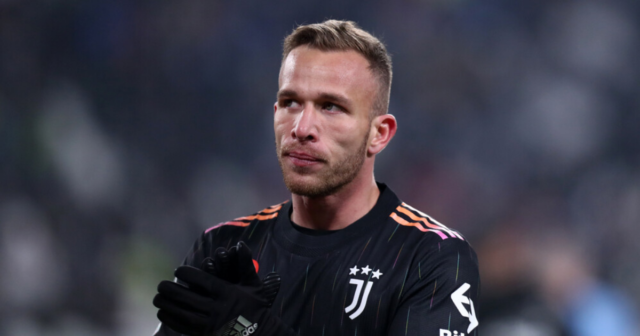 ARSENAL will have to buy Arthur Melo permanently from Juventus if they want the Brazilian.

The 25-year-old midfielder has emerged as one of Mikel Arteta’s top targets during the January transfer window.

The Gunners are desperately short of midfield options and need reinforcements.

Thomas Partey and Mohamed Elneny are both away on AFCON duty while Granit Xhaka faces a suspension after he was sent-off during the draw at Liverpool in the Carabao Cup semi-final.

Arthur is the man Arteta wants to help his side’s battle for a top four Premier League finish.

Juventus are willing to let him leave as well, but they are reportedly refusing to sanction his departure on loan.

Talks between the player and Arsenal are understood to be at an ‘advanced’ stage.

But Italian journalist Gianluca Di Marzio claims that Juventus are only interested in a permanent deal.

They will be looking to recoup about £35million for the South American.

And it was previously claimed that any loan move would have to include a clause triggering an obligation to buy if Arsenal finish in the top four.

Arthur has hardly featured for Max Allegri’s team this season as he continues to struggle since his £72.5m switch from Barcelona in 2020.

He is desperate to reclaim his place in the Brazil squad for this year’s World Cup and believes a new start elsewhere could help him achieve that.

The Daily Mail also state that a source close to the ace told them: “Arthur wants to play. He knows Arsenal can give him minutes because the team needs it.”

In this article:arsenal, liverpool, premier league