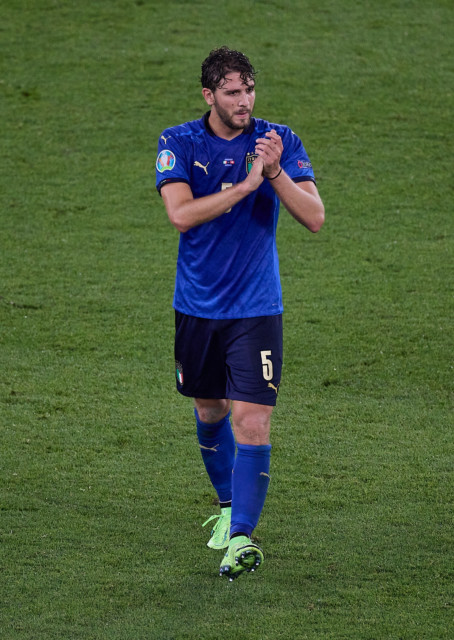 ARSENAL have been handed a blow in their attempts to sign Italy’s Euro 2020 star Manuel Locatelli, according to reports.

The Sassuolo midfielder showed his ability on the world stage on Wednesday night by scoring twice in his country’s 3-0 win over Switzerland.

Arsenal have competition in their race to sign Andrea Locatelli

The Gunners had already been tracking the 23-year-old star following his impressive campaign for the Serie A side.

Sassuolo had slapped a £35million price-tag on their ace before the start of the tournament but that is now likely to rise.

According to the Express, Juventus are ready to make their move and are likely to be winning the race ahead of Arsenal for his signature.

The Old Lady re-appointed Max Allegri as manager this summer and is plotting a rebuild of the side that finished fourth last season.

Their interest is likely to prove bad news for Arsenal with Manchester City also reportedly paying an interest.

Locatelli played the majority of his games as a defensive midfielder last season but also played an advanced role at times.

The player was quizzed on his future before the Euros and admitted he’ll ‘have some decisions to make.’

He said: “It is normal to have rumours about the transfer market, but I will not let myself be influenced by them.