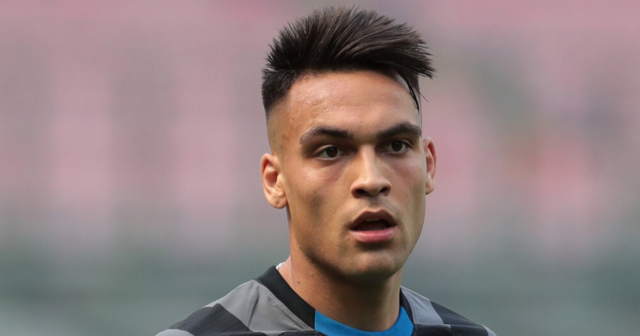 ARSENAL are reportedly interested in a shock move for Lautaro Martinez, as transfer talks with Inter Milan over the sale of Hector Bellerin continue.

The Gunners are desperate to add more firepower to their ranks next season and see the Argentine international, 23, as a solution to their goalscoring woes.

Martinez is interested in a move to Arsenal, it’s claimed

Mikel Arteta’s side have long been in talks with Inter Milan over the potential sale of defender Hector Bellerin.

According to The Athletic, sources have said that Arsenal have asked about Martinez’s availability in discussions over the Spanish full-back.

It has also been claimed that the hotshot striker would be interested in a move to North London, if Inter decide to cash in on their star.

The same report says Tottenham are also in the frame, but only if Harry Kane leaves the club.

A move for Martinez may only materialise if the Premier League giants can sell Alexandre Lacazette and Eddie Nketiah.

Lacazette has been reportedly mentioned in a deal, but cash-strapped Inter are said to want only money.

Martinez is on a fairly modest salary at Inter – earning around £2.1million per-year.

It is thought should he move to Arsenal, he would receive a sizeable increase in wages.

Arteta has been linked to a number of strikers this summer, as he looks bolster his squad for next season following a disappointing campaign last term.

Chelsea star Tammy Abraham is said to be also under consideration by the Gunners’ hierarchy, although a deal for Sweden’s Aleksander Isak was scuppered when he recently signed a new contract with Real Sociedad.

Did you miss our previous article…
https://www.sportingexcitement.com/football/premier-league/man-utd-to-resume-pre-season-training-after-covid-scare-that-saw-friendly-axed-turns-out-to-be-nine-false-positives