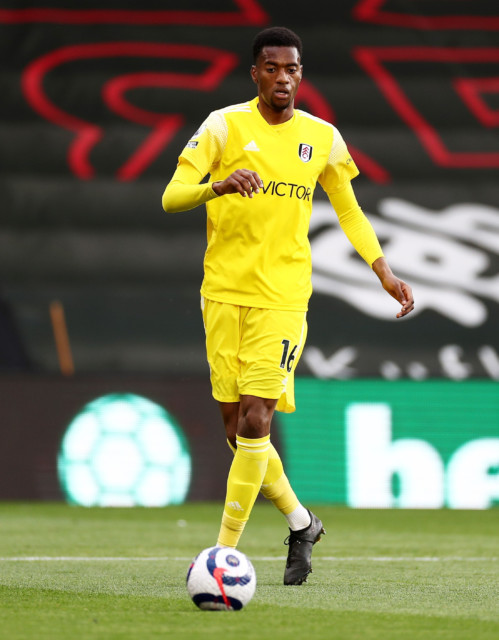 ARSENAL have expressed an interest in Fulham defender Tosin Adarabioyo, according to reports.

Mikel Arteta is said to be keeping a close eye on the relegated Cottagers’ players with Adarabioyo reportedly at the top of the wanted list.

The 23-year-old is open to leaving Fulham at the end of the season after they went down, according to the Athletic.

Centre-back Adarabioyo has played 34 times in the Premier League for the doomed Cottagers this season.

Fulham only signed the Englishman in October – paying Manchester City an initial £1.5million with an extra £500k of add-ons included in the deal.

And this season’s Prem champions also included a 20 per cent sell-on clause meaning the Whites will only see 80 per cent of any money they get from Arsenal.

Adarabioyo spent 18 years at City and Arteta knows him from his own time at the Etihad working under Pep Guardiola.

However, it won’t be plain sailing for the Gunners who are said to have competition from Newcastle for Adarabioyo’s signature.

Clubs in Germany are also said to be monitoring the situation and could be ready to pay his release clause.

As well as some permanent players, the West Londoners are reportedly set to lose all of their loan players this summer too after losing their Prem status.

Joachim Andersen and Ola Aina are two who are expected to return to their parent clubs.

Elsewhere, Brighton have told Arsenal and Liverpool to cough up £40m if they want Yves Bissouma.

And ex-Gunner Aaron Ramsey would reportedly ‘love to return to the Emirates’ after his injury plagued spell at Juventus.