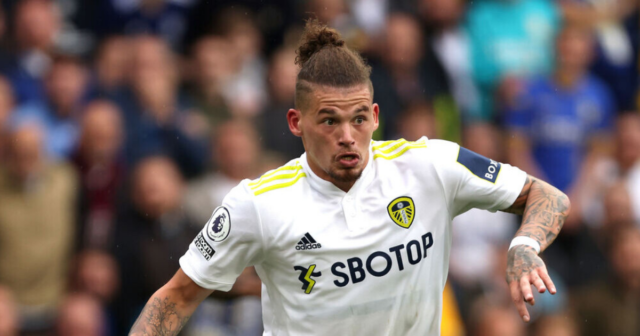 ARSENAL have reportedly joined the race to prise Leeds midfielder Kalvin Phillips away from Elland Road in the summer.

The 26-year-old is believed to have no shortage of suitors should he decide to leave the Yorkshire outfit in favour of a new challenge and European football.

Phillips is tied down at Leeds until 2024, with it claimed in December how he was ready to sign a new deal.

But according to 90min, the England international is yet to hold talks this year with the Whites about extending this stay.

They state that initial negotiations took place in 2021, but after the two parties failed to agree terms, Leeds haven’t returned with a new offer.

The news outlets adds that this has alerted several clubs – including the Gunners as Mikel Arteta seeks a new central midfielder.

SunSport exclusively revealed how the Hammers failed with a £55million deadline day offer to bring the player to the London Stadium in January.

Meanwhile the Red Devils have been heavily linked with making a swoop to lure Phillips away from their rivals.

It has been said how United have identified the Three Lions star as an alternative to Declan Rice and Youri Tielemans.

Phillips has been limited to just 12 Premier League appearances this term after picking up a hamstring injury against Brentford in December.

And boss Marcelo Bielsa has revealed that his prized asset still faces another month on the sidelines.

The Argentine gaffer remarked last week: “He is expected to return in the first few days of March.

“His recovery has been going as predicted.”