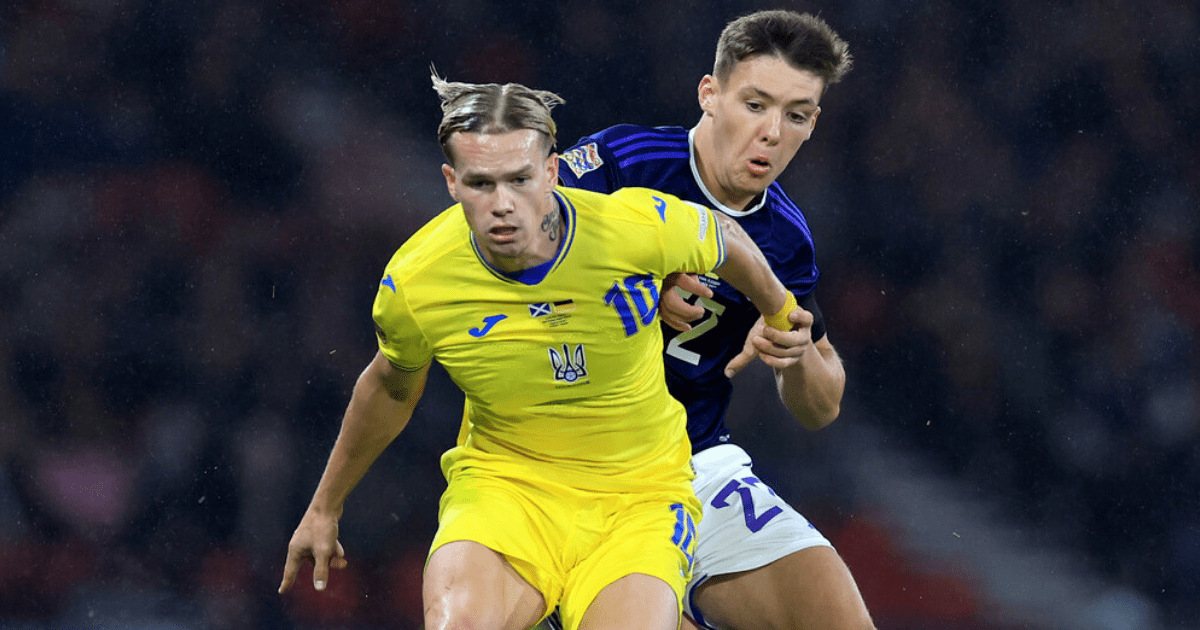 NEWCASTLE have joined the race for Shakhtar Donetsk winger Mykhaylo Mudryk, according to reports.

Mudryk, 21, is hot property – wanted by a handful of clubs across Europe.

i News claim that Toon bosses are considering joining the race for his signature.

The Ukrainian side have named a pricetag just short of £50million and the Magpies are looking for a winger.

A Prem senior recruiter is reported to have said: “It’s an absolute certainty that he will be playing in the Premier League in the next 12 months”.

The forward is in demand following his stunning start to the season where he has caught the eye in the opening two Champions League matches.

Mudryk chipped in with a goal and two assists in the 4-1 victory over RB Leipzig, before he got on the score sheet in this month’s 1-1 draw with Celtic.

Newcastle’s top flight rivals Arsenal know all too well about his qualities having tracked the forward – dubbed the ‘Ukrainian Neymar’ – in the summer.

It was even said how the Gunners had agreed personal terms with the player, but a move failed to materialise.

Mikel Arteta remains a huge admirer of Mudryk, with it understood the North London outfit will go back in for him in January to provide competition for Gabriel Martinelli.

Mudryk has even talked up a switch to the Emirates after insisting he “can’t say no to Arsenal”, but stressed the club have to reach an agreement with Shakhtar.

Everton and Brentford are also said to be keen on the youngster.

Advertisement. Scroll to continue reading.
In this article:Newcastle