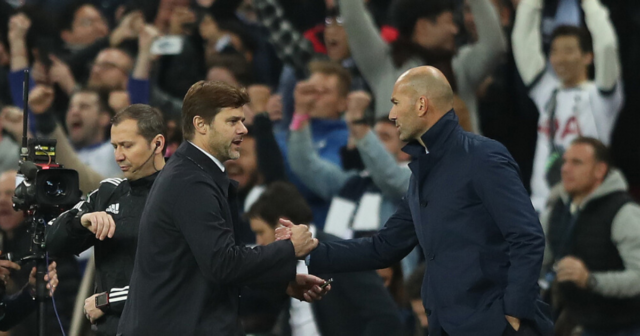 ZINEDINE ZIDANE is not interested in becoming Manchester United manager, according to Arsenal legend Thierry Henry.

The former Real Madrid head coach has been touted as a potential long-term fix at Old Trafford following the sacking of Ole Gunnar Solskjaer.

But Gunners icon Henry, who played alongside Zidane for the France national team, does not believe it is something the World Cup winner is considering.

Speaking on CBS Sports, he said: “Zidane going to United? I don’t think he would be interested in that now.

“Why? Because in the back of my head I’m thinking that maybe he’s waiting for the national team job.

“I think he has that in the back of his mind.

“So I see it more, although I don’t think Pochettino will leave, but if Pochettino goes then the PSG job will be free for Zidane.”

It has already been reported that Zidane has rejected any approach from Man Utd.

Meanwhile, Paris Saint-Germain boss Mauricio Pochettino is another name in the hat to take over at the Theatre of Dreams.

But Henry is also doubtful that will happen as he feels the Argentine will want to bring success to the Ligue 1 giants.

“When you are the coach of a team like Paris Saint-Germain you would like to see it out.

“But then also if you go to Man United you’re almost going into another type of headache to try to find a way to balance it out, because that is what he’s trying to do right now with Paris Saint-Germain.

“Yes they are winning but the game is not fluid as people would expect it to be.

“I don’t think that he will go, personally.”

Man Utd have made it clear they are looking to appoint someone until the end of the season before securing a long-term successor to Solskjaer.

Michael Carrick took charge of the Red Devils for their 2-0 win over Villarreal on Wednesday.

But a number of names have been floated as managers who can take charge of United until the end of the season.