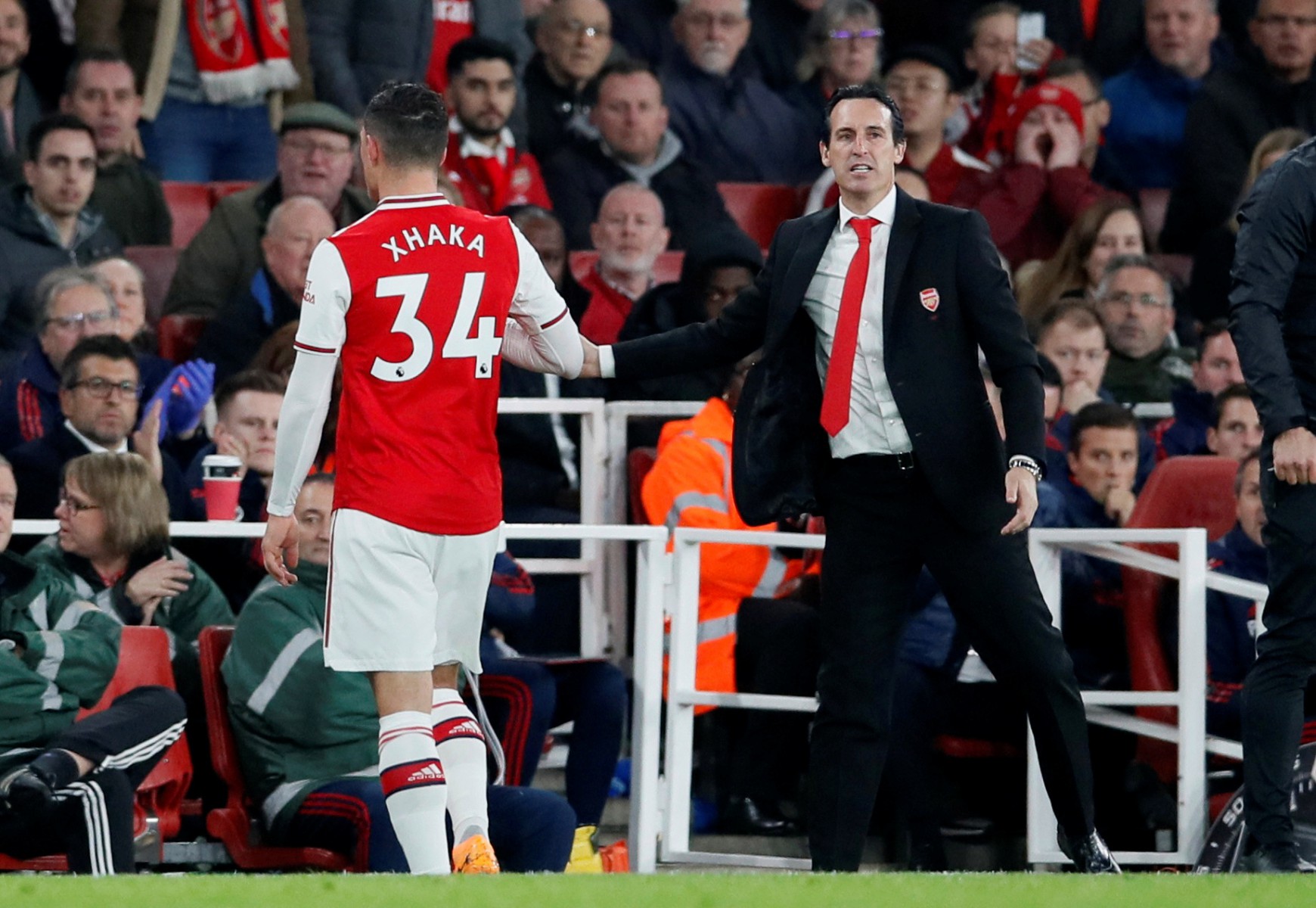 MARTIN KEOWN believes Unai Emery is as much to blame as Granit Xhaka for the midfielder’s remarkable pop at fans.

The Arsenal boss admitted he could strip the Swiss star of the captaincy just weeks after being controversially handed the armband.

Xhaka, 27, astonishingly mouthed at supporters to “f*** off” after being booed when substituted in the 2-2 draw at Crystal Palace.

He also cupped his ears before taking off his shirt and appeared to refuse a handshake from the manager.

Emery caused huge controversy after revealing the squad had a vote to decide that ended in Xhaka being named captain at the beginning of the month.

And Keown, who spent 11-years at the Gunners, believes the Spaniard should also take full responsibility for the fallout at the club.

He told the Daily Mail: “Sunday was not the first time Granit Xhaka has been jeered by his own fans.

“It happened on September 22 too, when Aston Villa visited. Villa were leading 2-1 at the time, then Xhaka was substituted and serenaded by boos.

“Arsenal, despite being down to 10 men, went on to win 3-2 without the midfielder. Then five days later, Unai Emery names Xhaka as captain anyway.

“Emery is as much to blame as anyone. If you let the players pick their skipper, then it becomes a popularity contest and that is not what leadership is about.”

Keown has also called for the club to hand the captain’s armband to star striker Pierre-Emerick Aubemeyang.

He added: “Ive never had a manager who decided the captaincy that way and, for me, Pierre-Emerick Aubameyang is still the safer bet.”