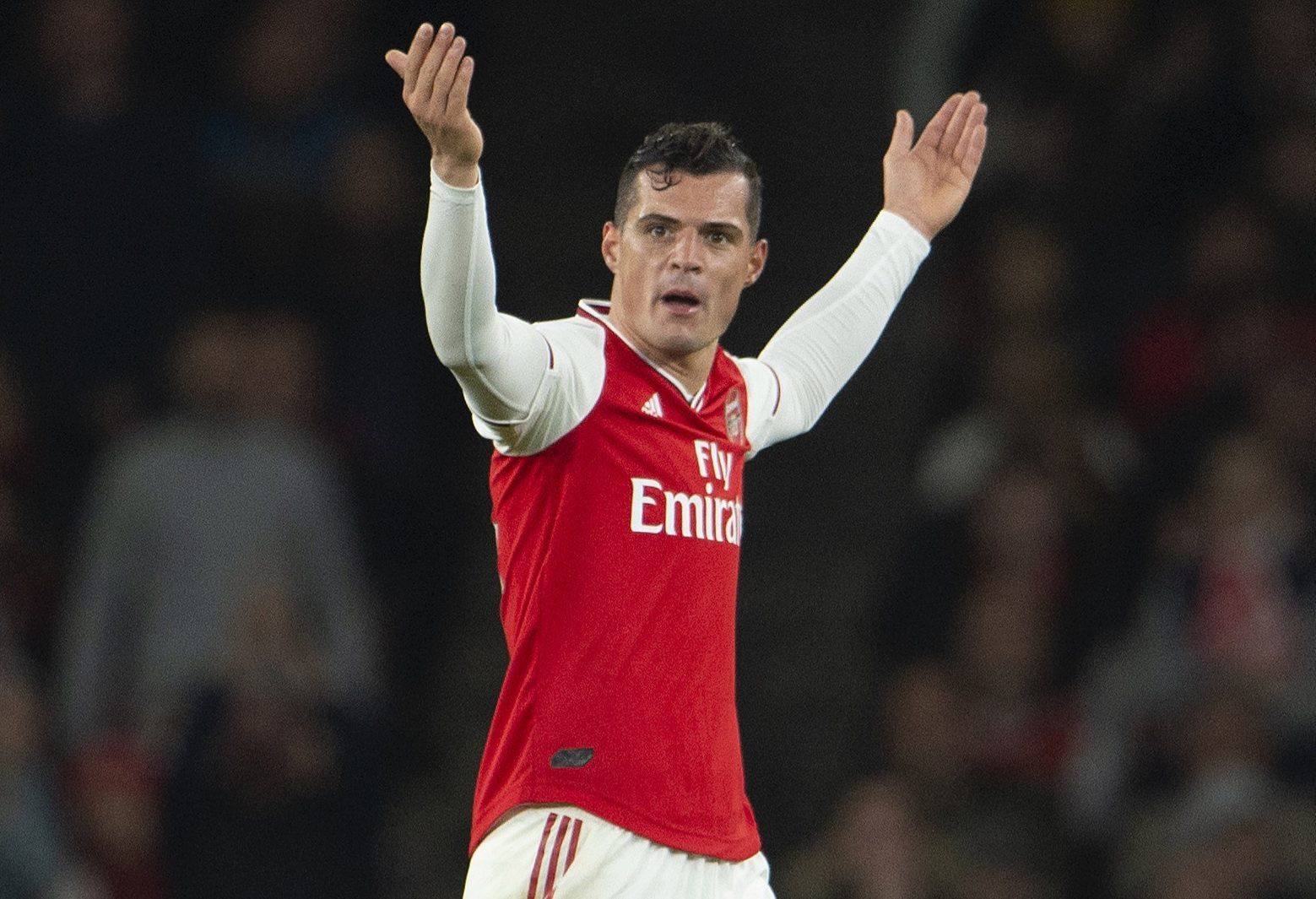 GRANIT XHAKA’S future at Arsenal is shrouded in doubt after his astonishing outburst at his own supporters.

Xhaka reacted angrily to being booed by the Gunners supporters by telling them to “F*** off” as he ripped his shirt off while walking off the pitch.

It has led to a major split among Arsenal legends and major footballing figures – some of whom claim the midfielder should never play for the club again while others have sympathy for his actions.

Manager Unai Emery has come in for criticism for his role in selecting the unpopular Xhaka to be the club captain in the first place.

And now the Gunners face having to manage a terrible situation with pundits and ex-players queuing up to have their say – while the supporters are in no doubt what they want to happen.

“I have never seen something like what happened with Granit Xhaka before. For me, he cant be the Arsenal captain any longer. Its impossible. What he did was unacceptable.

“What he did on the pitch is one thing, Ive made it clear that I dont know what he adds to the team.

“But what Xhaka did as he left the pitch is totally different. You cant do that its like betrayal in England.

“I played with guys like Tony Adams and Patrick Vieira real leaders, big captains and they showed the personality and character of what it means to be Arsenal captain, whatever happened on the pitch.

“Adams and Vieira always respected the fans I dont think Xhaka understands what it means to be a supporter in England.

“He doesnt know the love those people have for the club and the players, they always support you. I appreciate my time in England because of that.

“I have witnessed fans booing players before, of course, but not like this. The anger was something else. Its clear, they dont want Xhaka to play for Arsenal any more.”

“About time somebody went against the grain.

“Is Xhaka a great player? No. Should he react like that? No.

“Expect him to die for the shirt one minute then walk off to a cauldron of hatred the next? #DoubleStandards.”

“Sunday was not the first time Granit Xhaka has been jeered by his own fans.

“It happened on September 22 too, when Aston Villa visited. Villa were leading 2-1 at the time, then Xhaka was substituted and serenaded by boos.

“Arsenal, despite being down to 10 men, went on to win 3-2 without the midfielder. Then five days later, Unai Emery names Xhaka as captain anyway.

“Emery is as much to blame as anyone. If you let the players pick their skipper, then it becomes a popularity contest and that is not what leadership is about.

“Ive never had a manager who decided the captaincy that way and, for me, Pierre-Emerick Aubameyang is still the safer bet.”

We are all humans, we all have emotions, and sometimes it’s not easy dealing with them.

We only win when we are together. #COYG

“He’s representing Arsenal as a captain and it is unacceptable to think you’re as big as anything at the club.

“His behaviour was atrocious, and I don’t see him having a future at the club.

“I think the bosses at Arsenal, and not just Unai Emery, are probably looking at this and thinking what is Arsenal meant to be?

“The crowd will always be the element of the football club and they are bigger and better than anyone else who’s involved in it, so he’ll have to take his medicine.

“I’ll be surprised if he comes back in any capacity to play for Arsenal again.”

“I don’t like any players getting booed. But this is the captain. Now I think that they’re frustrated with the fact that he’s not run off.

“He’s now goading them. We’re talking about fans that have watched him in the four years he’s been there have a handful of good games and he’s treating the fans like that.

“That’s the guy they chose as the captain. That’s not captain’s behaviour.

“Arsenal fans have showed a lot of patience to him and the performances he’s put in. He owes them a lot more and he’s acted like that.

“He’s the captain and he’s got the responsibility to take that on board. He can’t go and do that. I can understand the Ozil situation but he’s the captain the manager’s got faith in him!”