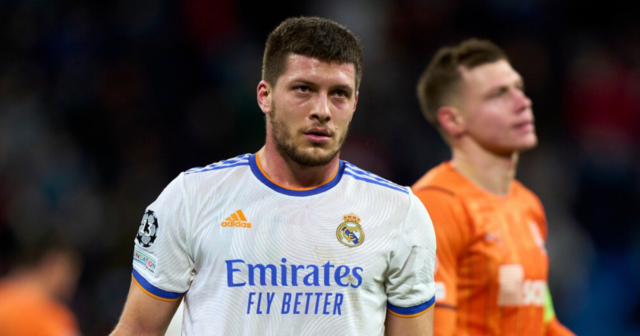 ARSENAL could seek a short-term loan for Real Madrid striker Luka Jovic if they cannot persuade Dusan Vlahovic to join them this month.

Mikel Arteta is desperate to bring in another striker before the transfer window closes next Monday.

But hopes of signing Fiorentina star Vlahovic are looking increasingly remote in spite of repeated attempts to secure a deal.

And now they are considering a last-ditch move for Vlahovic’s Serbian international striker partner Jovic.

Fiorentina are ready to cash in on their 21-year-old superstar, with Arsenal indicating that they are willing to pay £50million plus on-loan Lucas Torreira to get the deal over the line.

But the Serie A club believe that Vlahovic has set his heart on a move to Juventus and could even stick in Florence for the next 18 months before leaving as a free agent.

Fiorentina sporting director Joe Barone admitted: “We’re open to negotiate but we want Vlahovic and his agent to be clear on the future and they’re not answering.”

And with time rapidly running out to bolster their flagging forward line, Arsenal are now beginning to look around for alternative strikers.

Real Socidead’s Alexander Isak is one potential option, although there might not be enough time to thrash out a deal for the Swedish international who is thought to be valued at £75m.

But they have been told by Real Madrid that Jovic could become available on loan to help Arsenal through their short-term crisis.

The two clubs have a good relationship after Arsenal loaned Dani Ceballos and Martin Odegaard from the Bernabeu in the past.

And 24-year-old Jovic, who cost £50m when he moved to Spain from Benfica in 2019, is believed to be eager to prove himself in England.

The ex-Red Star Belgrade youngster has managed just one goal in 15 appearances this season – compared to Vlahovic who has 20 in 24.

Arteta was adamant at the weekend that he is not interested in signing a striker just for the sake of it and said: “Any player that comes in must be able to take us to the next level.

“We want much better standards than we already have.”