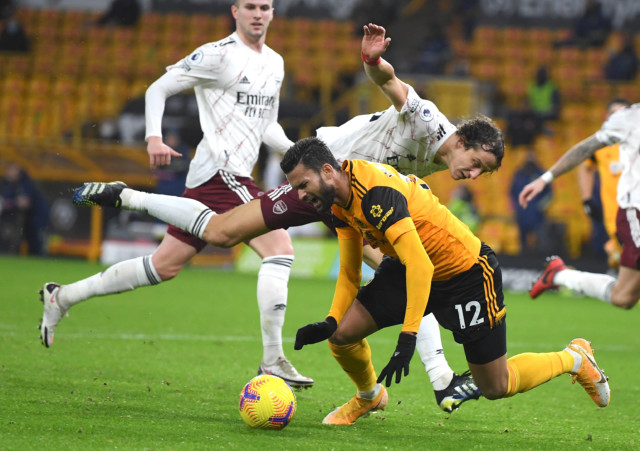 DAVID LUIZ will serve a suspension after losing his appeal against a red card in Arsenal’s defeat to Wolves.

But Southampton have been successful in their bid to overturn Jan Bednarek’s midweek dismissal.

The Gunners confirmed in a statement on Thursday that they were ‘disappointed’ having ‘worked really hard’ to have the ban quashed.

It read: “The Football Association have confirmed to us that the red card given to David Luiz on Tuesday against Wolverhampton Wanderers will stand.

“We presented our case to the FA but are disappointed that our appeal has been unsuccessful.

“We accept the FA’s decision and continue our preparations for Saturday’s match against Aston Villa.”

Luiz, 33, tangled feet with Willian Jose as the Wolves forward bore down on goal in Tuesday’s clash.

Referee Craig Pawson showed a red card with the defender deemed to have not made an attempt to play the ball.

Mikel Arteta said he was ‘hopeful’ of having the one-game ban overturned before the appeal was heard.

He said on Thursday morning: “We know the law.

“For me, it’s not about the decision and what happens in that instant.

“There was a very similar incident, even though David is behind him, against Manchester United.

“It was on the side of the player and that completely changes the angle, the purpose and how much it affects the player’s ability to finish the action. 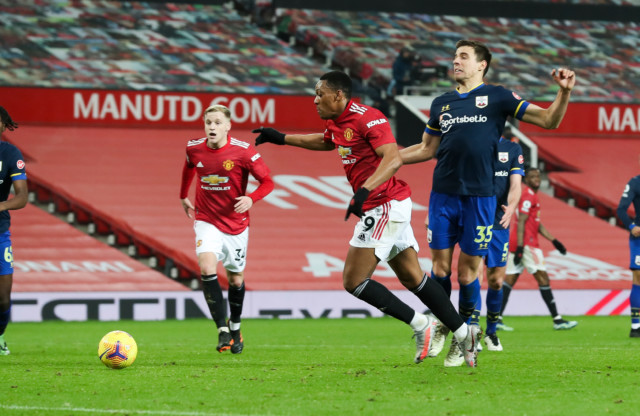 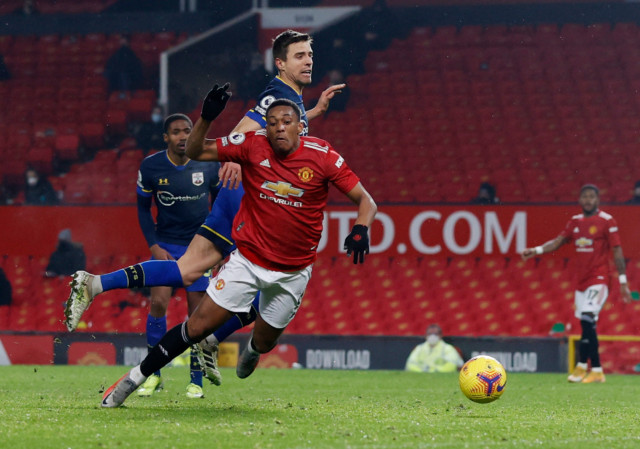 “But still it was a similar situation. I think they will look at it.”

Both Luiz and Bernd Leno, sent off against Wolves for a late handball, will miss the weekend trip to Aston Villa and Arteta hit back against the Brazilian’s reputation for rash challenges.

He added: “Just to point the finger at David in my opinion is not fair.”

The FA have also confirmed the successful overturn of Bednarek’s red card from Tuesday night.

The Southampton centre-back was penalised for felling Anthony Martial for the penalty that led to the seventh goal of Manchester United’s 9-0 romp.

An FA statement read: “Jan Bednarek will be available for Southampton’s next fixture after an Independent Regulatory Commission upheld a claim of wrongful dismissal and removed his suspension.”

Bednarek complained that even Martial admitted to it not being a foul after being sent off at Old Trafford.

Premier League bosses were forced to deny rumours that Mike Dean’s pitchside VAR monitor froze as he reviewed the call.