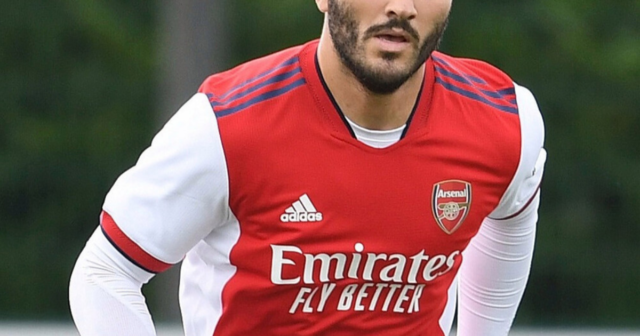 ARSENAL outcast Sead Kolasinac is reportedly in negotiations to terminate his deal with the club.

The Bosnian left-back, 28, is deemed to be surplus to requirements at the Emirates, after the signing of Portuguese defender Nuno Tavares.

And that’s led to both parties discussing the possibility of tearing up Kolasinac’s £100,000-per-week contract, according to Turkish journalist Ekrem Konur.

If that can be agreed, Konur believes it’s likely he will sign for Fenerbahce on a free transfer.

Moving to the Turkish giants would mean Kolasiniac is reunited with pal Mesut Ozil.

The international full-back was sent on loan to Schalke for the second half of last season.

However, he was unable to help the club avoid relegation from the Bundesliga, after 33 seasons in the top flight.

Kolasinac joined the Gunners on a free transfer in 2017, but was inconsistent in his performances for the club.

He fell down the pecking order in 2019, when Arsenal signed Kieran Tierney for £25million from Celtic.

And last season, boss Mikel Areta preferred to play Cedric Soares out of position as left-back cover instead of Kolasinac.

Should Fenerbahce be successful in signing Kolasinac, he will join Ozil in their first team squad.

Famously, the pair were attacked by a gang of knife-wielding thugs on mopeds in North London in 2019.

Brave Kolasinac confronted the men with his fists and warded off the robbers, who got away empty-handed.

The men involved were caught and convicted of a string of attacks and robberies in the area.

Jordan Northover was sentenced to 18-years behind bars, while his accomplice Ashley Smith was given 10-years, which was reduced to six for his part in the attempted robbery of the footballers.