Arsenal player ratings: Saliba Man of the Match and Zinchenko strong on debut as new-look Gunners start 2022-23 with win
Advertisement 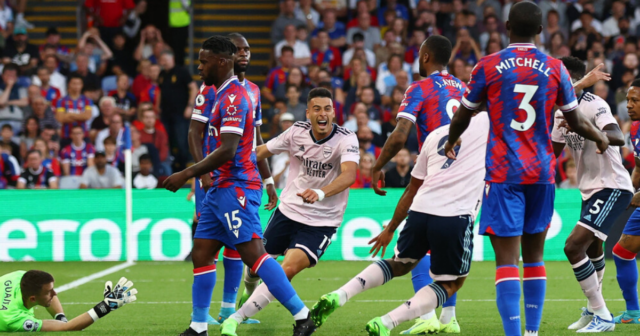 ARSENAL got off to winning ways as they began the new Premier League season with three points at Crystal Palace.

The Gunners opened the scoring after 20 minutes with a very well-worked corner routine.

Arsenal kicked their Premier League campaign off on the right foot

Bukayo Saka lifted a corner to the far post where debutant Oleksandr Zinchenko headed back into the six-yard box for the unmarked Gabriel Martinelli to nod home.

Palace rallied at the end of the first half and caused problems for the visitors throughout the second.

The Gunners had to hold on to claim all three points but managed to do just that before Saka drove up the other end and saw Marc Guehi head his cross into the back of the net.

A couple of nervy moments in the first half but saved well from Odsonne Edouard’s header and was quick off of his line to deny Eberechi Eze shortly after the break.

A decent showing from the former Brighton man, especially considering he was being played out of position and up against Wilfried Zaha.

Could face a fight for a role at centre-back with William Saliba this season.

A solid and composed performance on the Frenchman’s long-awaited debut, one of the most impressive players on the pitch.

Dominated against both Edouard and Jean-Philippe Mateta.

Rarely troubled at the back and could form a handy partnership with Saliba over the season ahead.

Held things together well as Palace ramped up the pressure at the back.

A fine debut, with a well-worked header back across the box to set up the opening goal for Martinelli.

A couple of loose challenges in midfield but just about kept control of the game for the visitors.

Arsenal defeated Crystal Palace 2-0 thanks to an impressive performance

Fitting that he should pick up the first booking of the new season, this one for diving.

Combined well in midfield at times and covered on the left when Zinchenko pushed forward.

Showed good intent to relieve the pressure as he skipped past Tyrick Mitchell and saw Marc Guehi turn it into his own net.

Good set-piece delivery to open up Palace in the build up to the opener.

The winger offered plenty of help to White down the right hand side as they tried to shackle Zaha.

Should have bagged a second for the Gunners but instead decided to try to play one pass too many.

Could form an exciting relationship with Gabriel Jesus this season. 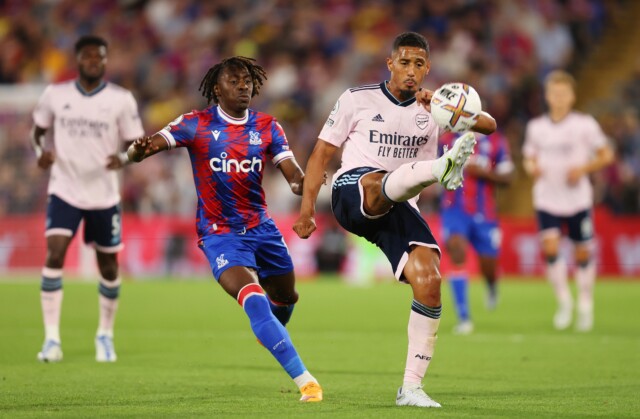 Woeful finish for an early chance but made up for it with the first goal of the new season, heading in the opener.

Everything but the goal.

Showed fantastic energy and purpose from the first minute. Looks a fantastic addition for the Gunners. 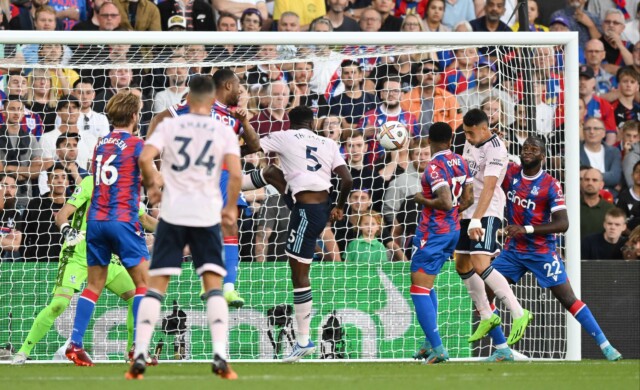 Helped Arsenal wrestle back control of the game late on after a long spell of pressure from the hosts.

Showed that he can be just as lively as Jesus with a smart turn and pass under pressure on the edge of the Palace box.

Did you miss our previous article…
https://www.sportingexcitement.com/football/premier-league/west-ham-boss-david-moyes-admits-he-was-stunned-jesse-lingard-snubbed-hammers-for-lucrative-nottingham-forest-transfer/