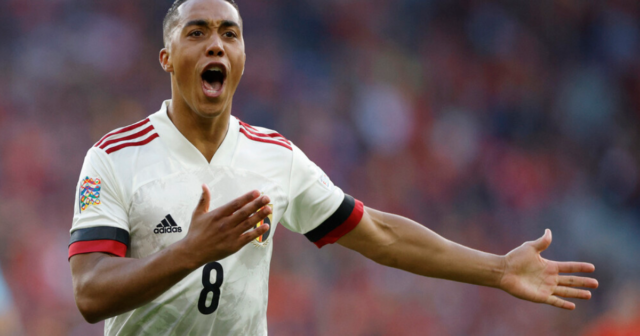 ARSENAL have identified Leicester midfielder Youri Tielemans as their next priority signing, according to reports.

The Gunners have been monitoring Tielemans’ situation for weeks as Mikel Arteta looks to boost the midfield.

Arsenal have made Youri Tielemans their next priority transfer target

But they have also considered alternative options if a deal cannot be completed.

According to Italian newspaper Il Messaggero, Arsenal had a £47million bid for Lazio midfielder Sergej Milinkovic-Savic rejected earlier this week.

The Italian side want at least £68m for his services – a fee of which the Gunners would be reluctant to pay.

As a result, Arteta is expected to make Tielemans a top priority signing to compete in the next few weeks.

When speaking on the Que Golazo podcast, journalist Fabrizio Romano revealed that the Gunners are more likely to sign the Leicester man as he will cost £40m LESS than the Lazio star.

Tielemans has one year remaining on his current contract, so his price tag could drop to £25m this summer.

Arsenal have reportedly agreed personal terms with him, but an official bid has not been made yet.

If a deal is struck with Leicester, the Belgian could be set to partner new boy Fabio Vieira in midfield.

Vieira joined the Gunners in a £34m transfer from Porto last month, but he has not yet made an appearance in pre-season training due to a foot issue.

Last week he was pictured with a protective boot, sparking concerns that he would not be fit in time for Arsenal’s pre-season tour.

Marquinhos, Matt Turner and Gabriel Jesus have also joined the club this summer.

Advertisement. Scroll to continue reading.
In this article:mikelarteta, thegunners, theyhave