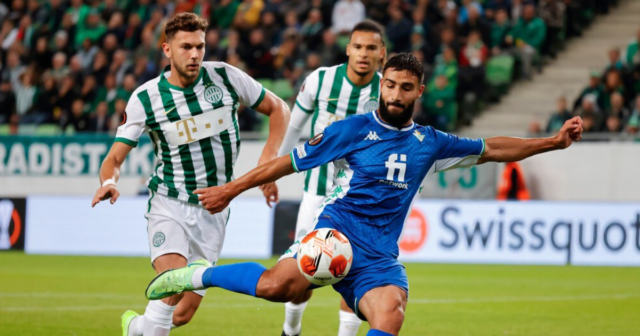 ARSENAL could reportedly reignite their interest in Real Betis playmaker Nabil Fekir following his impressive start to the season.

The 28-year-old, who has chipped in with two goals and as many assists in nine games in all competitions, is tied down in Spain until 2023.

Betis are understood to be keen to hand him fresh terms at the Estadio Benito Villamarin, but Fichajes claim he could be tempted to depart in 2022.

They state that the player is on the radar of the Gunners, as well as West Ham and Everton.

And while they insist that Fekir is happy in Andalusia, a big contract offer could convince the midfielder to make the move to the Premier League.

Though a move to the Emirates seems highly unlikely given the club’s £30million signing of Martin Odegaard.

Meanwhile they have given academy graduate Emile Smile Rowe the famous No10 shirt in North London.

West Ham are said to be eyeing up a move for Fekir to add depth to their squad, with Everton keen to bring the World Cup winner or Isco to Goodison Park.

The ex-Lyon star came close to sealing a move to England in 2018 after Liverpool agreed a £53m fee with the French side.

However the deal allegedly broke down due to concerns about his right knee following a medical.

Speaking about his failed switch to Anfield in an interview last year, he said: “It was a dark moment. I saw plenty of things which weren’t true.”

Before adding: “It was said the knee stopped me going to Liverpool but that wasn’t true.

“I went to Clairefontaine [France’s football centre near Paris], and they did all the proof [medical assessments] and the knee was fine.

“I had a problem with my agent, my adviser. It was the agent [who was] responsible for the deal not going through.”