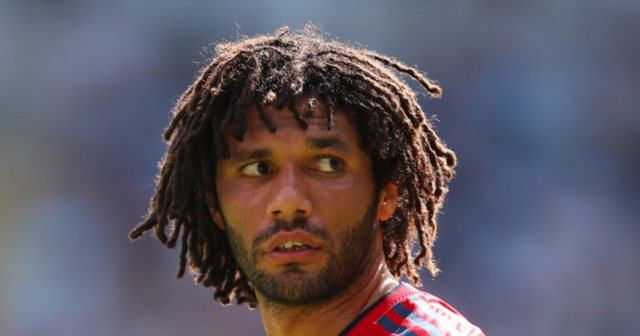 MIKEL ARTETA blocked Mohamed Elneny from leaving Arsenal in January, according to the player’s agent.

Alan Nazmy represents the midfielder and claims he had several transfer offers last month from across Europe, including the Premier League.

But Arteta stepped in to block a move – perhaps unsurprisingly given he was drastically short of midfield options while Elneny was at Afcon.

Turkish outlet Sporx report that Nazmy said in a statement: “He (Elneny) stayed in the team because Arteta did not want to (sell).”

The report goes on to state there was interest from Premier League rivals such as Newcastle, Leeds and Watford.

The Egyptian also had an opportunity to move back to Besiktas where he spent the season on loan last year, or fellow Turkish club Galatasaray.

Lyon, Marseille and Valencia were also believed to be interested in the 29-year-old but it appears he is still part of Arteta’s plans.

Elneny has made just ten appearances this season but if Thomas Partey and Granit Xhaka are unavailable he could be called upon.

His contract expires at the end of the season so he could be on his way out of The Emirates soon – there is certainly no shortage of interest.

Previous reports have also linked Elneny with a move to Fenerbahce but Arsenal felt they needed to hold onto him after loaning out Ainsley Maitland-Niles to Roma.

But The Gunners will reportedly let him leave on a free transfer given his expensive wages.

Arsenal have a number of players out of contract in the summer including Alexandre Lacazette and Eddie Nketiah.

Did you miss our previous article…
https://www.sportingexcitement.com/football/premier-league/gabriel-jesus-reveals-he-and-girlfriend-raiane-lima-are-having-a-girl-as-she-shows-off-growing-baby-bump-on-her-birthday