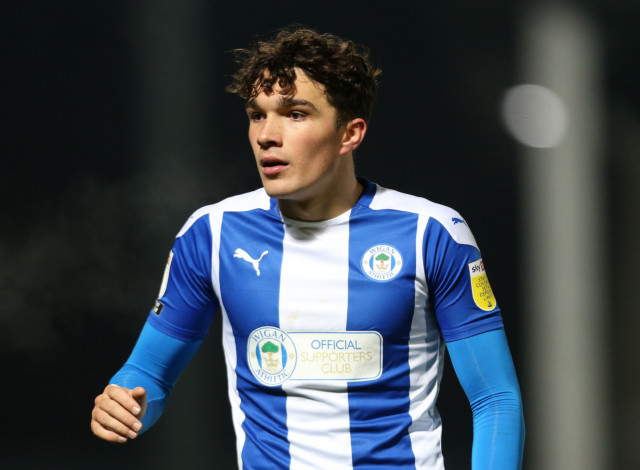 And the Gunners will battle it out with bitter rivals Tottenham to land the 19-year-old Scotsman this summer.

Joseph has made a huge impact for Wigan since making his debut for the club in October.

The teen has scored five goals in 14 appearances for the League One club.

He grabbed his first for the Latics in the win at Sunderland in December.

And he impressed the ever-increasing number of scouts by firing a hat-trick against Burton shortly afterwards.

Now the Daily Mirror states Arsenal are among a host of sides plotting a summer swoop.

They claim the Gunners ‘have been tracking Joseph’s progress for some time’.

Although they face stiff competition to secure his signature.

As well as interest from the top-flight and the Championship, Old Firm enemies Rangers and Celtic also want the ace.

The Scotland Under-19 international’s contract expires in June.

Wigan have offered him a new deal but the London-born hitman is waiting to see what his options are.

If Joseph decides to move, the Latics will be entitled to compensation for the striker.