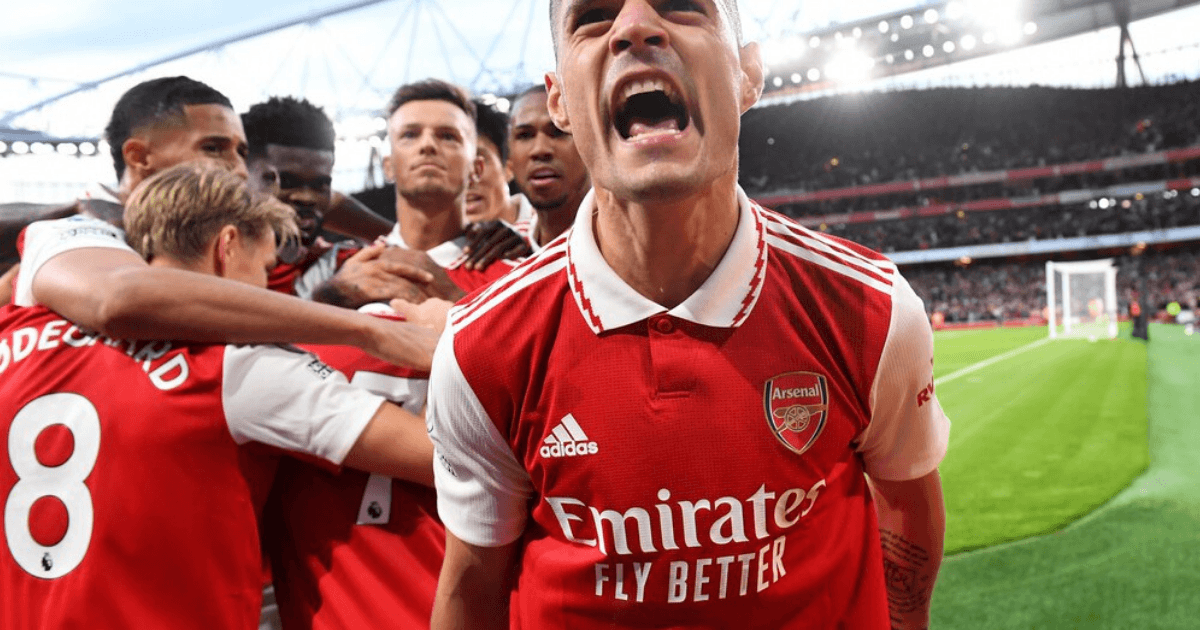 ARSENAL have cut a remarkable £32million off their wage bill on their way to the top of the Premier League.

The Gunners will top the tree at Christmas after a flying start to the season under Mikel Arteta, and their latest accounts reveal they have done so after a huge drop in wages.

Arsenal have slashed a whopping £32million off their wage bill

While the accounts, which cover last season, will not take into account any wages for players signed over the summer, including Gabriel Jesus, they signal a clear change in philosophy for the club.

A line from the annual statement reads: “On the player side there has been a process of restructuring the men’s first team squad to improve the efficiency of spend.”

This covers the departure of former top earner, Pierre-Emerick Aubameyang while, compared to the season before, the hefty wages of veteran players such as David Luiz and Willian will have been cut from spending.

Compared to the 2020-21 season, Arsenal’s wage bill fell from £244.4million to £212.3million, which is £150million less than Manchester United’s wage bill in their most recent accounts.

Arsenal made an overall pre-tax loss of £46.7million, down from £73.7million.

The loss is put down to the club not featuring in European competition for the first time in 23 years last season, something they say owner Stan Kroenke moved quickly to address.

Within the assessment of their financial results, the club say: “During 2021/22 and subsequently during the 2022 transfer window the club has invested strongly in the development of its men’s first team playing resources.

“This investment recognises that the club has not been where it wanted to be in terms of on-field competitiveness and that, as a minimum, qualification for for Uefa competition needed to be regained, as a pre-requisite to re-establishing a self-sufficient financial base.

“This investment would not have been possible without the support and commitment of Kroenke Sports & Entertainment.”

Arsenal’s spending for the most recent transfer window is not included in these accounts.

But the club forked out a whopping £120million in the summer, adding the likes of Jesus and Oleksandr Zinchenko.

The Gunners have spent big in previous windows and these latest accounts show that they still owe other clubs a total of £188million in transfer fees and are still owed £40million in previous sales.