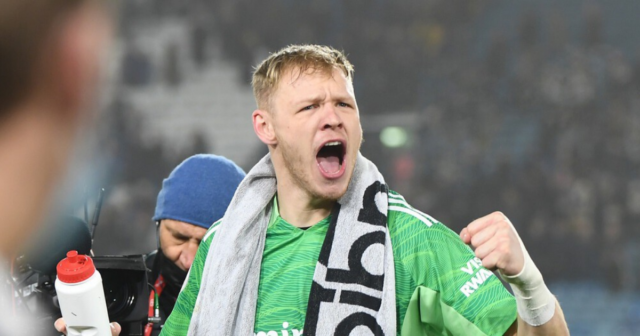 ARSENAL fan favourite Aaron Ramsdale has been picked as the signing of the season by Liverpool legend Jamie Carragher.

The 23-year-old’s £30million transfer from Sheffield United was branded a ‘mess’ by fans and ex-pros.

But Ramsdale proved his worth one he was handed the chance to impress in the No1 shirt.

The England international has kept 11 clean sheets across all competitions this season in 19 appearances.

And Ramsdale has only conceded 15 goals in total.

His form has since changed a lot of people’s opinions. So much so, Liverpool icon Carragher have branded him the signing of the season.

Speaking on Sky Sports, Carragher said: “I went for Ramsdale because it was almost the biggest surprise to me.

“When they brought him in I thought they were bringing him in as back up and because he was an English player for the quota.

“He hadn’t impressed me in his Premier League time at Sheffield United and Bournemouth.

“But it’s not just the saves he’s made. He’s a personality, he’s a character.

“Already, to go into that dressing room – yes, there’s young players in there but it’s still a huge club, going into Arsenal as a young lad, a young goalkeeper.

“He’s got a presence about him that I didn’t see that he had and he’s had a big impact on the team.”

Carragher also named Ramsdale in his team of the season so far.

Ramsdale has admitted he was thinking what fans were thinking when he heard Arsenal were interested.

The keeper was shocked anyone was willing to pay big bux for him.

Speaking to Ben Foster on his The Cycling GK YouTube channel, Ramsdale said: “The numbers which were getting thrown out, there were a couple of times where I lost my head, and it was just like, ‘How can someone be saying £40million for me?’

He recalled: “It got to the point of me saying, ‘I understand where you’re coming from but this is what I want to do.’

“They said they wouldn’t stand in my way if a bid comes in or whatever.

“And there were bids coming in and they were turning them down, and I said, ‘Look, you just said…’

“They were making these numbers up, saying, ‘If we sell you for this then we have to pay Bournemouth back all in one go now and we only have this amount of profit.’

“So it went on and I got told the day of a game that another bid had come in and I decided to play, so Sheffield United knew that, and then after the game they rejected it.

“Normally if you don’t get a move you are rewarded with a new contract – it’s not set in stone but it’s normal, you saw it at Brentford with Ollie Watkins when he didn’t move – so we said that.

“And someone at the football club, won’t name names, said: ‘We didn’t ask him to take less money when he was conceding goals at the start of last year.’ 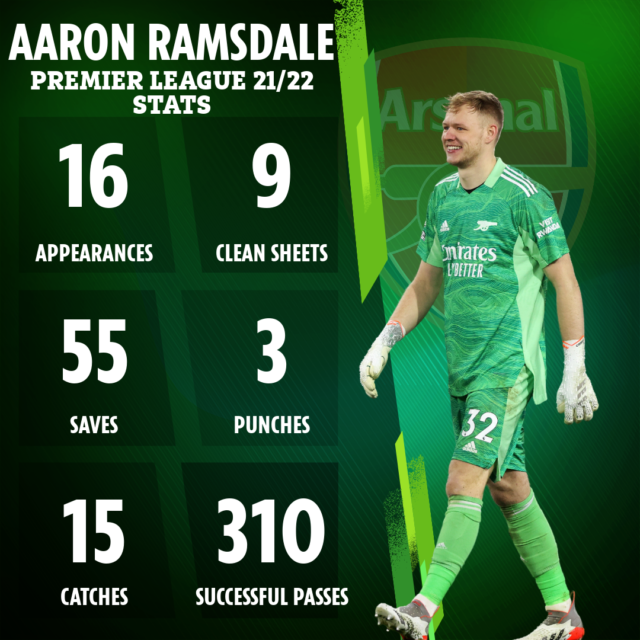 Ramsdale has been branded signing of the season by Carragher

“And that was when I basically went, ‘No, I won’t play against West Brom, do what you want.’

“And then I didn’t train for the first two days, and the manager was like, ‘He’ll be alright, he’ll play’, and Tuesday came and I said, ‘I’m not playing.’

“Wednesday the team news comes out that I’m not in the squad and then within 45 minutes, about 10 minutes before kick-off, I was on my way down [to sign].”