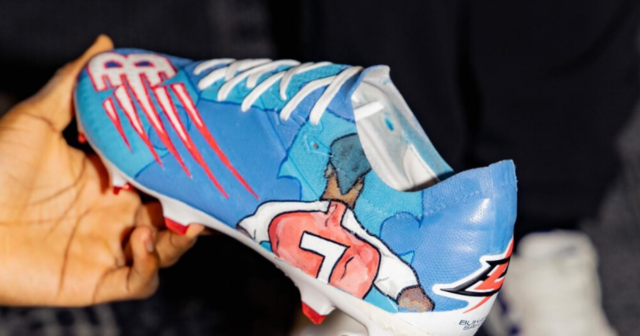 BUYAKO SAKA showed off his dazzling new custom boots during Arsenal’s clash with Leicester on Sunday.

The winger, 20, has been in sparkling form this season and has been key to The Gunners’ push for the top four.

Bukayo Saka’s boots feature an image of himself on them 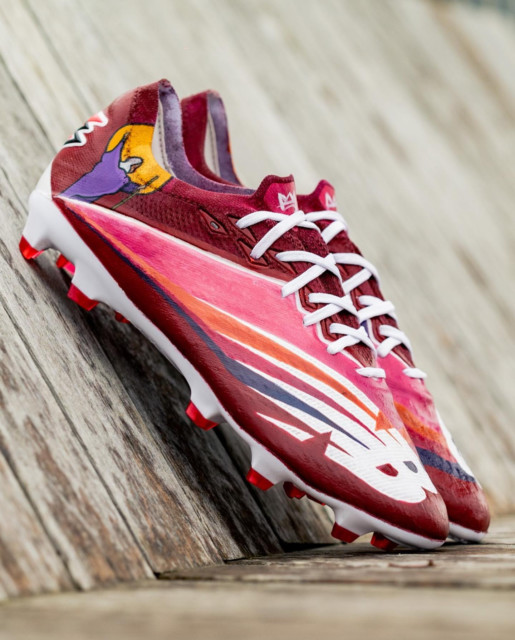 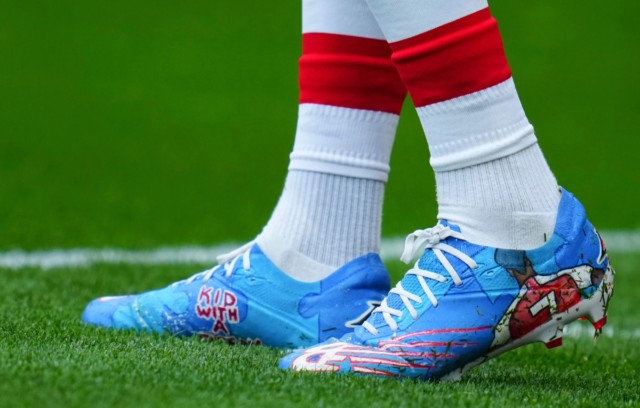 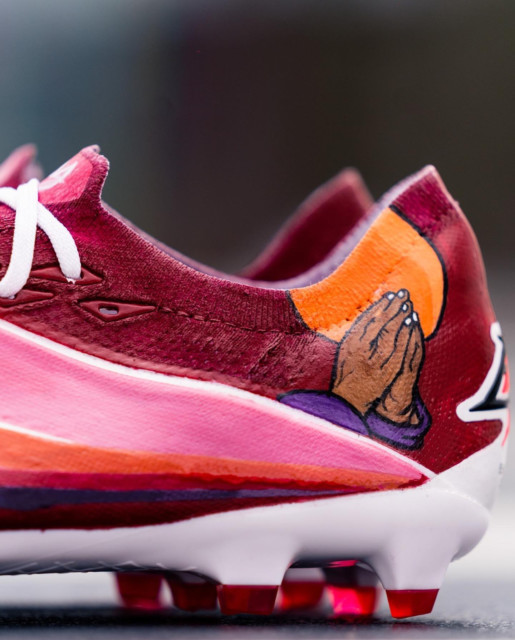 And he now has two pairs of iconic boots to match his talent, courtesy of New Balance.

Saka announced his partnership with the sports company on Instagram while showing off every angle of the two sets of boots.

One pair are suede with burgundy as the primary colour, with one side rainbow-like where the New Balance logo blends in with orange and pink.

They feature the words ‘God’s Child’ and show praying hands as well as a religious-looking figure raising his hands up at the sun.

The boots are also emblazoned with a lightning strike on the heel, as are the blue pair.

Those boots feature two images of Saka himself wearing Arsenal’s number seven and feature the words ‘Kid with a dream’.

They also feature a Hale End road sign – a homage to the Arsenal academy where Saka learned his trade for several years.

Saka joined the Gunners academy aged seven and has since enjoyed a meteoric rise, becoming a regular for both club and country.

He is certainly living his dream and going from strength to strength on the pitch, enjoying his best ever goalscoring season with eight Premier League goals.

And at the rate Arsenal are going Saka could get his first taste of Champions League action next season.

He has played at the highest level with England at the Euros and impressed, leading to transfer interest from Liverpool and Manchester City.

Did you miss our previous article…
https://www.sportingexcitement.com/football/premier-league/watch-micah-richards-leave-thierry-henry-stunned-with-worst-ever-take-from-a-pundit-when-giving-his-verdict-on-benzema/