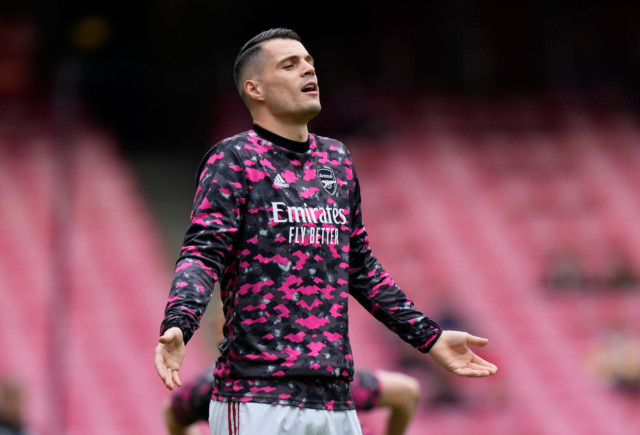 ROMA are close to completing a £17million deal for Arsenal midfielder Granit Xhaka, according to reports.

Securing the Swiss star is a priority of the club’s director of football Tiago Pinto.

Granit Xhaka could have played his last game for Arsenal

And he believes that Xhaka, 28, is just the man for the job.

Arsenal rejected Roma’s initial bid of around £13m for their former captain.

According to Corriere dello Sport, Mourinho’s new side have now upped their bid to £17m and are close to completing a deal.

Personal terms have been agreed with Xhaka, with a deal nearly read to go.

He will leave having made 220 appearances for the club since joining in 2016.

And the Spaniard is reportedly targeting a pair of Premier League-ready midfielders to replace Xhaka.

Mikel Arteta will bolster his midfield this summer

Arsenal are trying to tie up a £35m deal for Wolves star Ruben Neves.

The Portuguese has been a key man for the Midlanders.

But following Bruno Lage’s arrival, Wolves want to refresh their side.

Another that could arrive is Brighton star Yves Bissouma.

The Malian, 24, is coming off an excellent campaign and is reportedly keen on a move to North London. 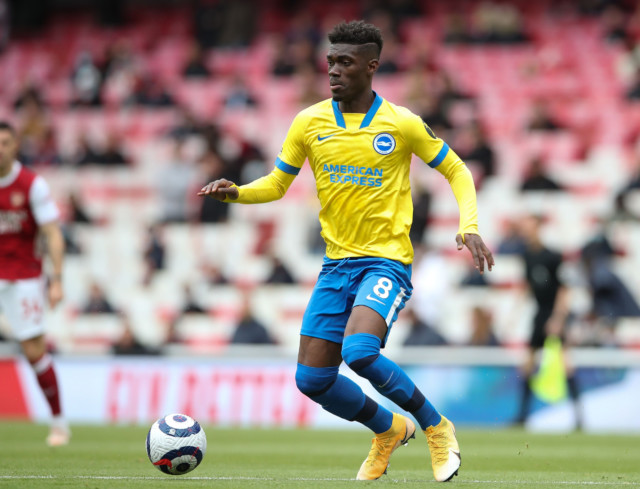 Yves Bissouma is among the players being targeted by the Gunners