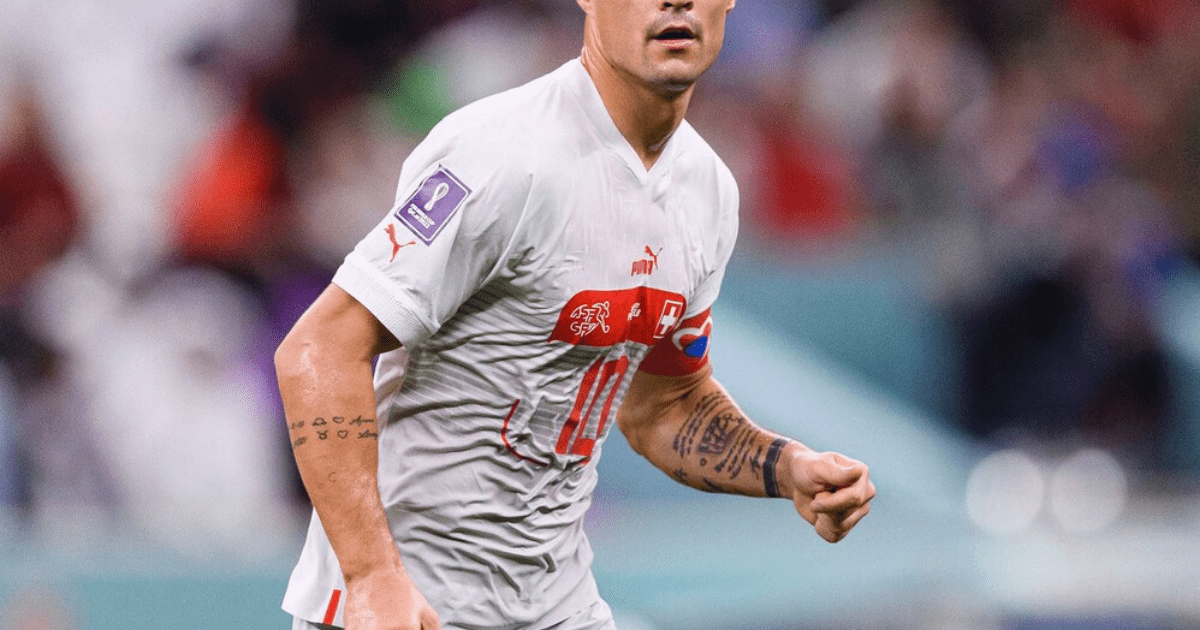 GRANIT XHAKA is flying straight to Dubai to join his Arsenal teammates after being dumped out the World Cup.

Switzerland were battered 6-1 by Portugal on Wednesday night as Goncalo Ramos scored a sensational hat-trick.

The Swiss star has spoken to Jesus, who flew back to the UK for surgery on his knee

But rather than head back home to London, Xhaka, 30, is travelling to join the Arsenal squad.

And the former Gunners captain reckons he is more than ready to get the show back on the road with the table-topping North London outfit.

He told the Evening Standard:”The Premier League is waiting and, of course, I wanted to be here longer than this.

“But we lost the game today and I am happy to go back now with the team.

“Of course, emotionally it is not easy. But this is part of our business, part of football.

“I have something to achieve there, and I know the team is in Dubai at the moment doing the pre-season.

Despite being top of the Prem tree at Christmas, it’s not all good news for Mikel Arteta’s squad.

Hot shot striker Gabriel Jesus underwent surgery on his knee after jetting back to the UK on Sunday from Brazil‘s World Cup camp in order to be evaluated by club doctors.

And following surgery, the 25-year-old is set to be sidelined for the next three months in a huge blow to Arsenal‘s title hopes.

The club have not set a timeline on his return but Xhaka admitted he’d already spoken to his pal to check in.

He added: “I spoke with him straight after the Cameroon game.

“We have the contact between each other, with all the players we have here in the World Cup.

“It’s a shame because you saw in the first round of the Premier League how important he is for us. I don’t know how big the injury is, maybe two or three months, I think.

“But he is a strong guy. It’s a small injury for him I think, and we will support him. He knows that we are behind him and hopefully we can get him back as quick as possible.”

Eddie Nketiah is the now the only recognised senior striker at the club, but Arteta does not want to leave himself so short of firepower at a pivotal point of the season.

Xhaka was asked how the Gunners will cope without their No9.

He exclaimed: “We have to. We have no different option.

“We have the option with Eddie, of course. He showed great games as well in the past and we need to support Gabi first.

“We need to support Eddie as well, because he will be a big, big part of the next two or three months.

“But I am looking forward because we have the quality to bring Eddie there and to help him.”

Did you miss our previous article…
https://www.sportingexcitement.com/football/premier-league/liverpool-are-favourites-to-sign-jude-bellingham-after-advanced-talks-with-england-stars-family-keen-on-reds/