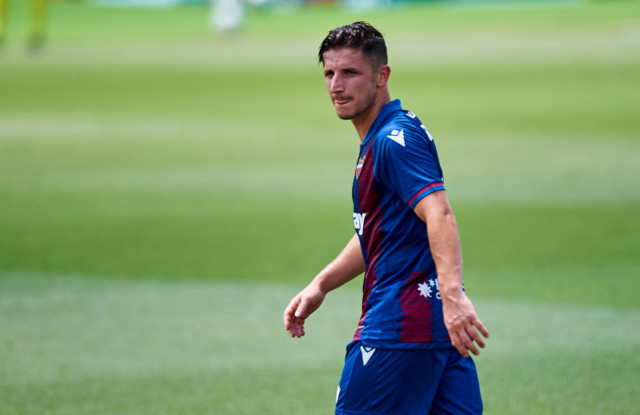 ARSENAL have reportedly made an offer for Levante midfielder Enis Bardhi with Mikel Arteta looking to bolster his squad.

The North Macedonia international has no shortage of suitors with the 24-year-old looking likely to leave at the end of the season.

Bardhi has impressed for the LaLiga side this season – chipping in with four goals and four assists in 28 games in all competitions.

He still has two years left to run on his deal in Spain, but according to Onda Cero, he could be on the move at the end of the campaign.

They state that the Gunners have lodged a firm offer for the player, but they have competition in the race to secure his services.

It has been claimed that as well as Arsenal, Serie A side Fiorentina are desperate to bring him to Italy.

And an unnamed Bundesliga side are also said to be interested in landing Bardhi.

The midfielder has spent three years at Levante since joining from Hungarian outfit Ujpest.

Arteta knows he must strengthen his midfield with Dani Ceballos to return to Real Madrid once his loan spell at the Emirates comes to an end.

And Matteo Guendouzi’s future at the club is in question with Arteta understood to be unhappy following his antics against Brighton last week.

The Frenchman was omitted from the squad that beat Sheffield United in the FA Cup on Sunday, further intensifying specualtion he could be on his way out.