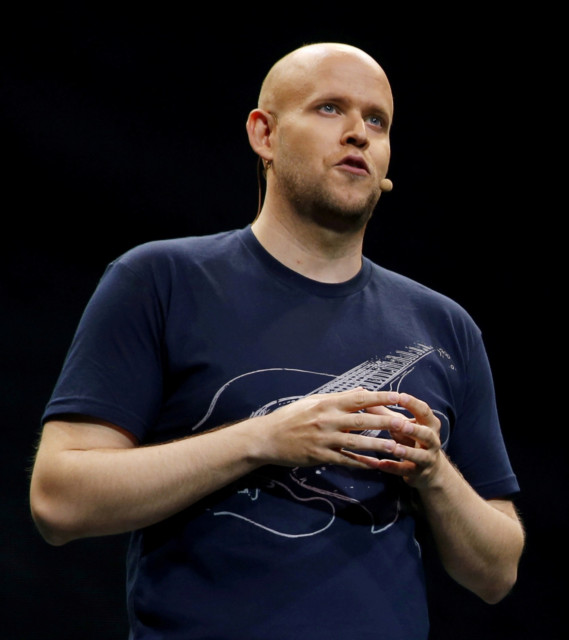 THE Arsenal Supporters’ Trust have held a ‘constructive meeting’ with Daniel Ek and the trio of Gunners legends hoping to buy the football club.

Spotify CEO Ek teamed up in a consortium including Thierry Henry, Patrick Vieira and Dennis Bergkamp hoping to purchase Arsenal from Stan Kroenke.

And after Henry appeared on Monday Night Football confirming his role in the £2billion takeover bid, the AST revealed he and the others had spoken with the recognised group of fans.

The Trust also backed Boris Johnson’s fan-led review into football ownership to work out the best way to keep transparency and honesty after the recent European Super League attempts.

A statement said: “The AST welcomed a recent approach from Daniel Ek and his consortium partners Thierry Henry, Dennis Bergkamp and Patrick Vieira, and that they said meeting us was a priority for them.

“A constructive meeting was held and we were encouraged to hear their commitment to making the role of fans central to their proposals.

“This is very welcome and we look forward to further dialogue.

“We will engage with anyone who has a serious proposal as it is important any current or future owner is aware of the importance of working with fans.

“We also continue to seek a constructive and meaningful dialogue with Stan and Josh Kroenke.”

The statement added that Kroenke Sr has refused to engage with them or any fans since his takeover.

It went on to hit out at the board’s ‘disgraceful betrayal of the principles Arsenal should – and used to – stand for’ in signing their intention for the ESL.

And now the AST are calling on the rules regarding how English clubs are run and owned to be looked at.

The statement continued: “The major change that must take place is for fans to be given a greater role in the ownership and governance of the club.

“Fans are the true custodians and should have the opportunity to be part-owners. It is also a genuine opportunity to build an international fan-funded model. Fans should also have a greater say in how their club is run.

“Given the significant value of the biggest English clubs, including Arsenal, and the indifference of the current ownership to supporters, our view remains that the most realistic opportunity for change comes from Government action. 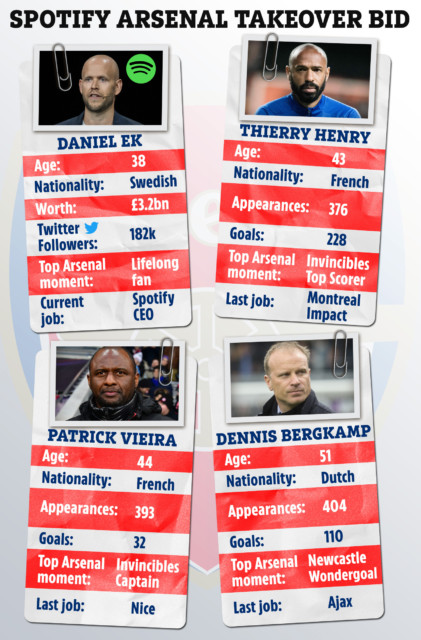 “That’s why we welcome the Prime Minister’s fan-led review of football ownership, to be chaired by Tracey Crouch MP, that will examine options such as different ownership models like the German 50+1 model, the right for fans to buy shares, a golden share (veto) over key decisions, supporters and independent directors on club boards and stronger independent regulation of football including strict sanctions for owners and clubs failing to comply.”

The Kroenke family insist Arsenal is not for sale but Ek and his team are determined to test the Americans’ resolve.

And Henry reiterated the desire for the iconic trio to support the Swedish entrepreneur and ultimately complete a takeover.

He told Sky Sports: “Daniel [Ek] is an Arsenal fan. He did not say it for any publicity, he has been an Arsenal fan for a very long time.

“He approached us, we listened to him. And we knew, first and foremost, that he wanted to involve the fans.”

Henry continued by revealing not only does Ek, 38, want to involve the fans in a bid to bring back the ‘Arsenal DNA’ but he has already got the money in place. 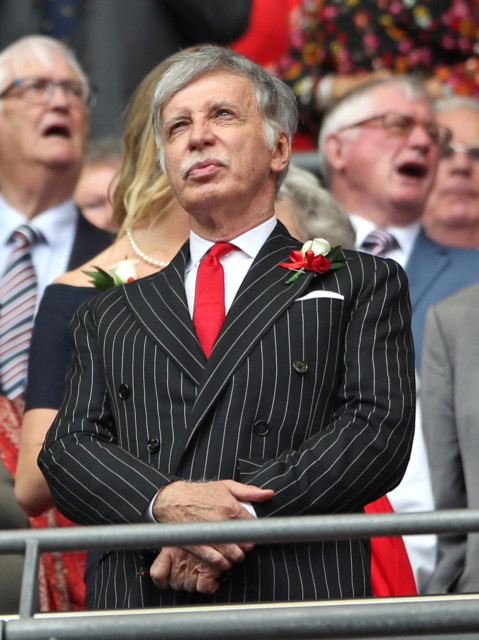 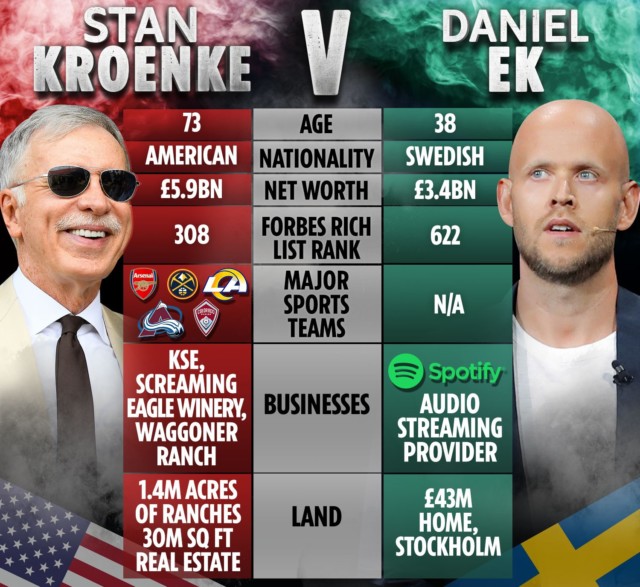