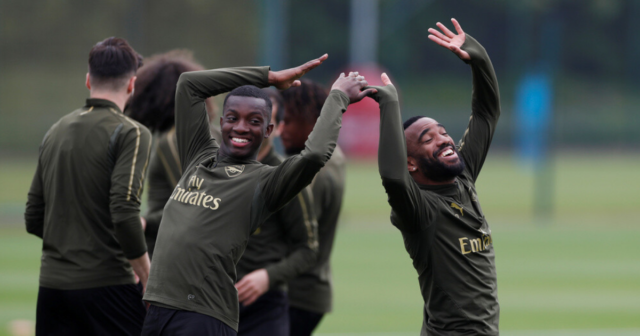 ARSENAL’S pursuit of a new striker in January depends on whether Alexandre Lacazette and Eddie Nketiah are still at the club next month, reports suggest.

Both Lacazette and Nketiah are out-of-contract in the summer, and there are three names Arsenal have sounded out as potential replacements.

The Gunners are keen on Dusan Vlahovic, Jonathan David and Alexander Isak, according to The Athletic.

But any moves can only be sanctioned in January should Lacazette and Nketiah find new clubs.

Both strikers are free to begin pre-contract agreements with overseas clubs from January 1, which is said to ‘complicate’ matters.

But should ‘resolutions’ be found, the club will be free to go ahead and bring in replacements.

The club already has four forwards in Pierre-Emerick Aubameyang and Folarin Balogun, added to Lacazette and Nketiah.

So one or more of those will have to depart in order to free up space for a new frontman.

The £68million rated Vlahovic is considered a ‘top-target’ for Arsenal, but the 21-year-old Fiorentina man has multiple admirers and could be hard to convince to join.

Elsewhere David recently sent Arsenal fans into meltdown by wearing a t-shirt sporting a picture of Thierry Henry in a Gunners top.

The 21-year-old Canadian star is set to leave Lille in the summer after his agent revealed this season would be his last in France.

Nick Mavromaras said that the Premier League is a ‘good option’ for David, who has scored 15 goals in just 26 appearances this campaign. 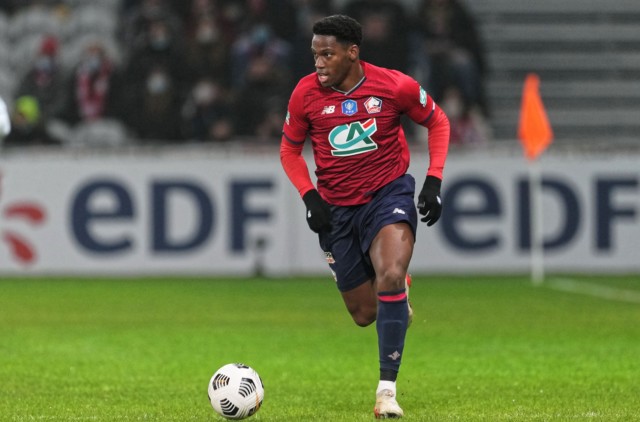 David is expected to leave Lille at the end of the season, with Arsenal reportedly keen on the striker

There is also long-standing interest in Real Sociedad forward Isak.

But he only signed a new long-term contract with the Spaniards in the summer, meaning a January move for the 21-year-old could prove to be difficult.

However in a boost to Arsenal Isak revealed it ‘would be nice’ to play in the Premier League one day.

He made the admission just last month, so should Lacazette and Nketiah depart in the summer the Gunners could go all out to sign Isak come the end of the season. 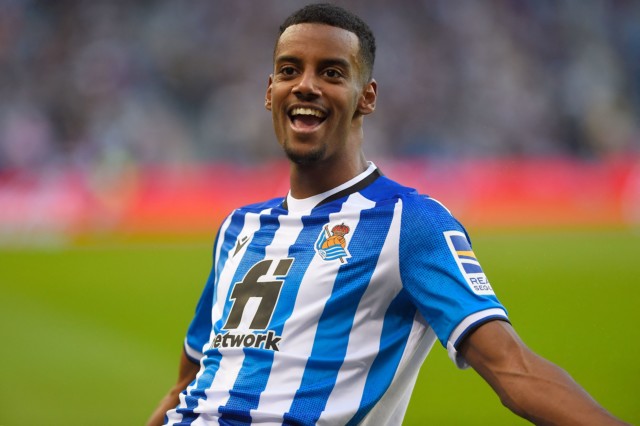