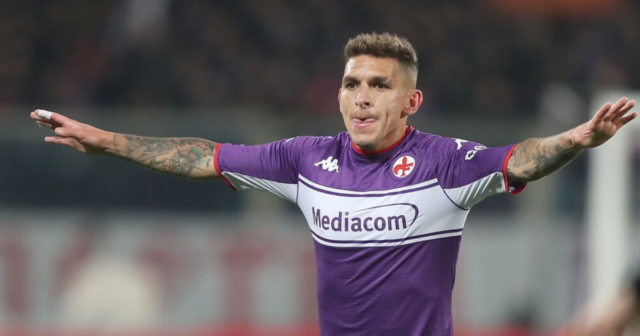 The Gunners midfielder linked up with the Serie A side on loan in August and has established himself as a key player in Florence.

Torreria, 26, has featured in 27 games in all competitions and has chipped in with three goals and one assist.

And he looks set to follow Matteo Guendouzi out the Emirates door on a permanent move in the summer.

The Frenchman completed a £9million move to Marseille after the Ligue 1 outfit activated a clause in his contract following his 38th appearance.

And Torreira is now poised to depart with Fiorentina and Arsenal in talks over his future.

Read more on the Sun

According to transfer guru Fabrizio Romano, Mikel Arteta is willing to let the Uruguay international leave after deeming him as surplus to requirements.

He tweeted: “Fiorentina are more than happy with Lucas Torreira.

Torreira revealed over the wweekend how he is loving life in Italy following Fiorentina’s 1-0 win against Bologna.

He told Sky Sport Italia: “We have a great squad, a lovely atmosphere, these are great lads with a fantastic heart. We work every day to make the fans happy.

“Perhaps this was our least impressive performance in recent weeks, but we got the win, unlike other results.

“We are a great side and the objective is to take Fiorentina into Europe.”

Before adding: “I have rediscovered my joy both on and off the pitch. My future doesn’t depend on me, because Arsenal still own my contract.

“I am sure they will reach an agreement.”