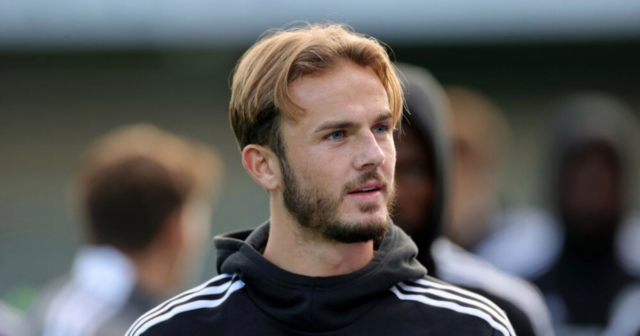 JAMES MADDISON and girlfriend Kennedy Alexa are celebrating the birth of their first child Leo Cruz.

The Leicester midfielder, 24, welcomed his son in an Instagram post, sharing a snap of Leo who was born on Saturday.

James Maddison celebrated the birth of his first child on Instagram

Maddison wrote: “Leo Cruz Maddison 31/07/21. Welcome to the world son. I love you with all my heart. Kennedy Alexa you were amazing sweetheart.”

The announcement of Kennedy Alexa’s pregnancy came in May with Maddison buying a baby Leicester kit to announce the news.

He and his girlfriend have been together for over a year with Maddison previously dating Love Island star Molly Mae Hague, 21.

Arsenal have been chasing Maddison for much of the summer but the midfielder looks set to snub a move.

Maddison recently spoke about rediscovering his hunger and stressed his desire to help Leicester to more success.

“We had quite a long break from the last day of the season to the first day back and you need that break.

“You get that hunger back, the motivation back and you come back almost ready.

“Obviously we got success last year by winning the FA Cup but that doesn’t come by fluke.

“You want to install that winning mentality but it doesn’t come by just saying it out loud – you have to actually do it and put it into practice in training.”