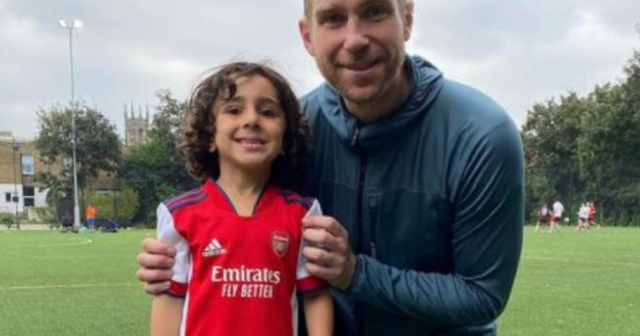 The whizkid has been starring at the club’s pre-academy football sessions since he was four and while still in NURSERY school.

Dubbed “the little Messi,” Salman is being hailed as the Gunners’ youngest ever recruit after being pictured with the club’s Academy manager Per Mertesacker.

Arsenal scout Stephen Deans revealed: “When I saw him, I called a friend who confirmed he was four. I couldn’t believe he was still in nursery.

“He was doing things you shouldn’t be doing at that age.

“Then I spoke to his parents and brought him to a few sessions. He is no fluke.”

Videos of Salman’s amazing skills have racked up thousands of views on Instagram.

His old coach at the First Touch Football Academy, Austin Schofield, told BBC News: “We put him with kids up to six years old, but he was head and shoulders above all of them so we progressed him on.” 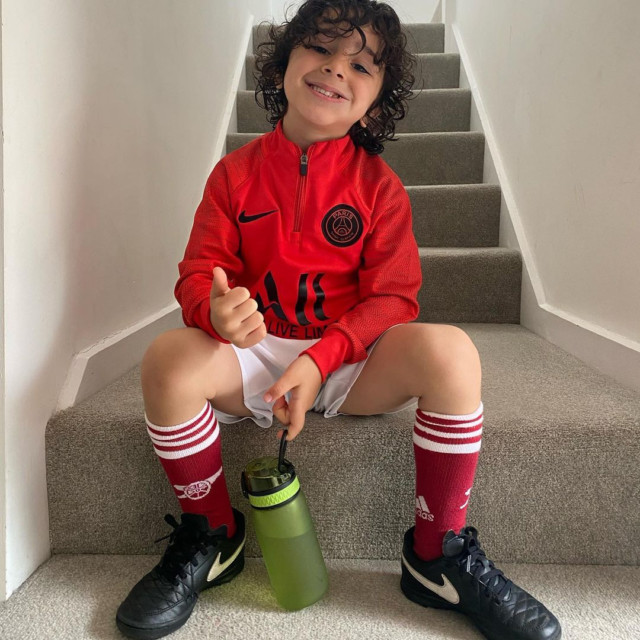 Zayn is seen as a potential future star 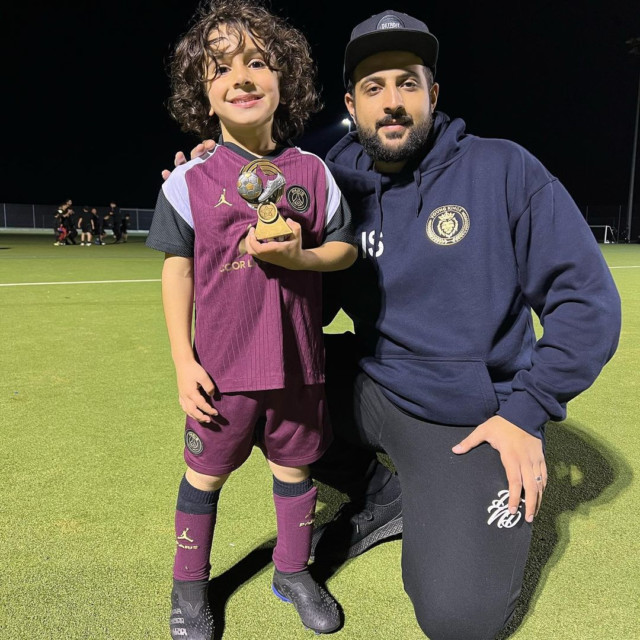 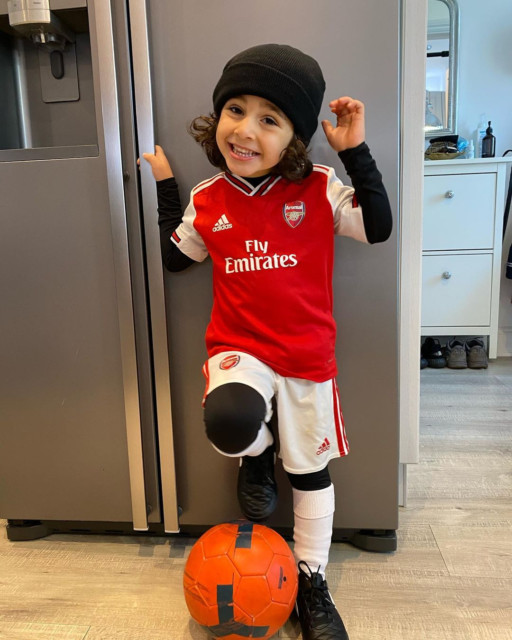 He was spotted by an Arsenal coach 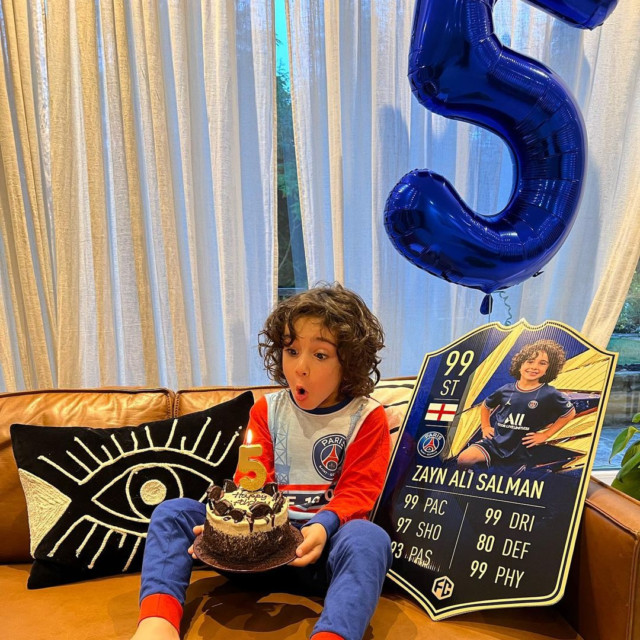 From there he was invited to the academy 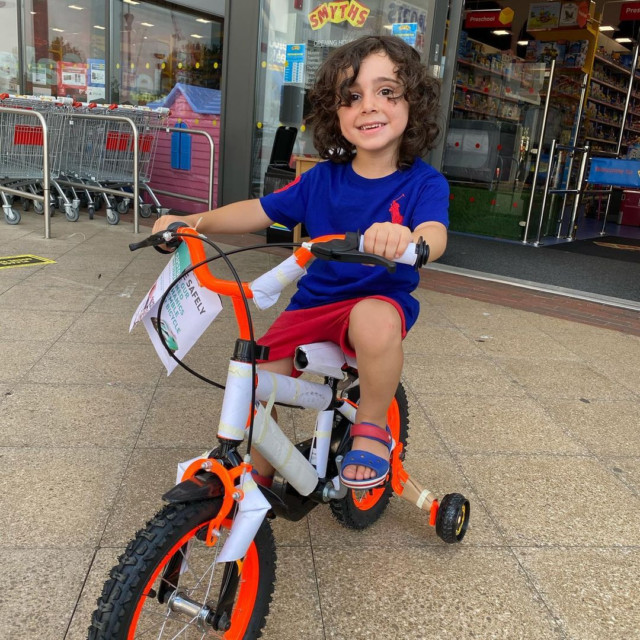 He’s a big fan of French side PSG 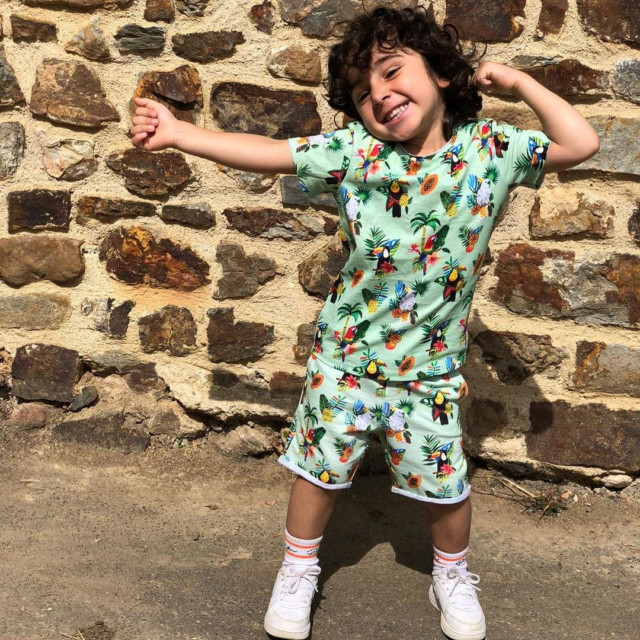 Clubs are reportedly already trying to pach him from the Gunners

Salman’s father added: “Arsenal aren’t bothered about his age, they just think he has a lot of potential.

“He has had incredible balance since he was very small.”

But they can be coached from any age, meaning football clubs are permitted to bring them on board.

Lionel Messi for example, joined his first club – Newell’s Old Boys – at the age of eight, before he left for Barcelona when he was 13.

Arsenal confirmed Salman has been playing at one of their development centres – but has not yet signed up to their Hale End Academy.

A club spokesman said: “At his current age, Zayn is not part of the official Arsenal Academy.

“The youngest age group at the Arsenal Hale End Academy is the U-9s.

“Our mission to be the most caring and challenging football academy is reflected in the way we develop our young people.

“The priority is to ensure that any child attending the development centres or our Hale End Academy enjoys their football, with a focus on their all-round development and wellbeing.”

Did you miss our previous article…
https://www.sportingexcitement.com/football/premier-league/ex-arsenal-ace-jack-wilshere-open-to-derby-transfer-in-january-after-admitting-he-snubbed-wayne-rooney-offer-in-summer