Arsenal vs Tottenham: Hotheads Gabriel Jesus and Richarlison to be let off leash in fiery North London derby
Advertisement 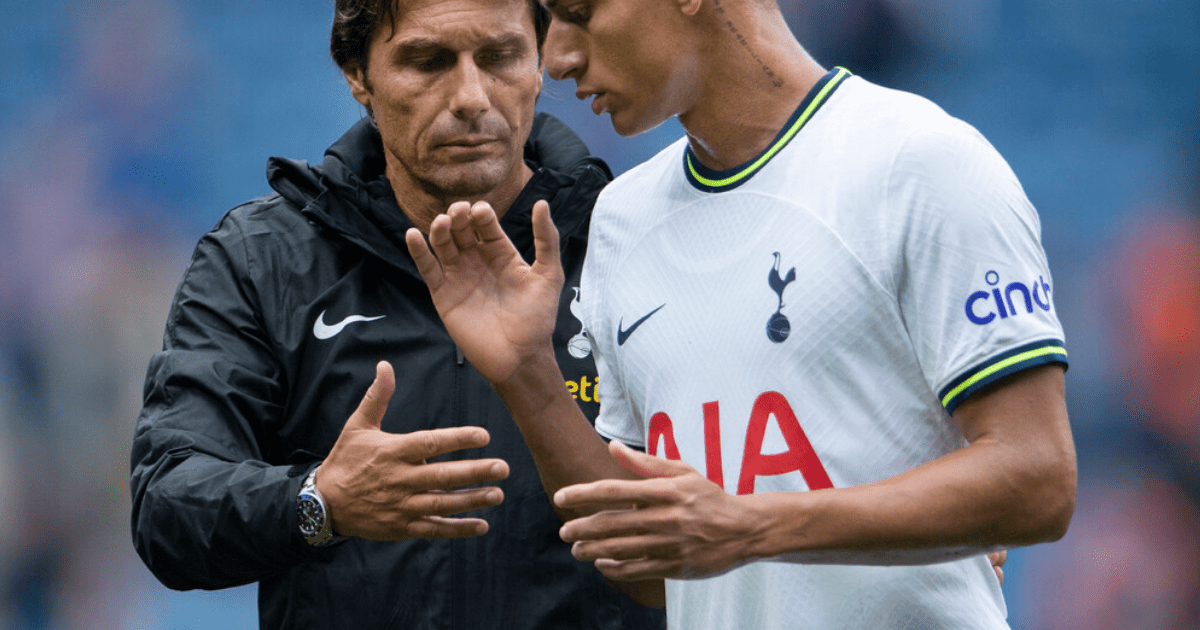 BRAZIL strike rivals Gabriel Jesus and Richarlison are set to be let off the leash for a top-of-the-table North London derby.

While opposite number Antonio Conte says Spurs ace Richarlison will show no fear on his derby debut.

The Samba Boys’ battle for the Brazil No 9 shirt at the World Cup steps up a gear at lunchtime — with the winner ending the day top of the Premier League.

Exuberant Jesus has been booked four times this season and another yellow card will trigger a ban for next week’s home game against Liverpool.

But Arteta said: “It’s a thin balance with Gabby. It’s in his nature to play like that.

“He gets a lot of contact and puts his foot and body on the line in every situation.  He’s been a bit unlucky with a number of the yellow cards he’s had.

“Some of them we couldn’t prevent because they were a little bit disciplinary but we want to avoid that for sure.

“This is the nicest game of the season by a mile for what it means to our supporters.

“So it’s all about getting the balance right between emotion and playing with clarity in your brain.

“I can’t wait to experience the atmosphere at the Emirates for this game. I’m so excited about it.”

Arteta is driven by the bitter memory of Arsenal — the Prem’s current leaders — being reduced to ten men the last time they faced Spurs.

That 3-0 away defeat in May helped Conte’s side nick the last Champions League spot after Rob Holding’s red for multiple fouls on Son Heung-min.

Arteta was unhappy with Tottenham’s behaviour that day. He said: “Somebody has to control that — and it’s certainly not us. I cannot do it.”

Unbeaten Spurs boss Conte is sure £50m star Richarlison can thrive in the fiery atmosphere.

The Italian said: “He has no fear. He is a player that in every moment, also in training, he shows great commitment.

“But for sure the first thing that I see in him is that he has no fear. He is not scared about anybody.

“Not about the atmosphere, the noise. He is really strong. It’s difficult to play against him because he has no fear.”

Jesus, 25, has been straining at the leash for the past two weeks after he was left out of Brazil’s squad by boss Tite for their friendlies against Ghana and Tunisia.

Richarlison scored three times in those games to move above his North London rival in the fight for a World Cup place.

Arteta said: “Gabby is incredibly humble so he accepted the decision and the way he trained for the last two weeks was just ‘OK, I need to do more.’

“He really wants to be at the World Cup.”

Conte added: “We are talking about two amazing No 9s. Tite is lucky.

“Because you can count on two fantastic strikers.”

“To have players like this, you are ready to face the World Cup with great ambition.”

He said: “They made good signings, especially Jesus and Oleks Zinchenko from Manchester City, both used to winning.

“I can see they’ve improved the level. Not only the quality but the mentality at Arsenal.”