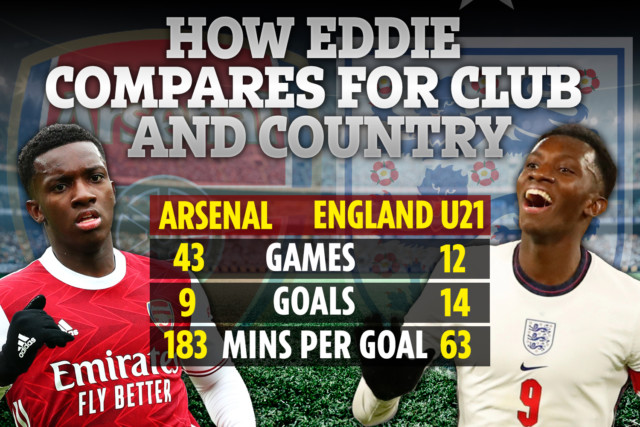 EDDIE NKETIAH hopes to translate his lethal form for England Under-21s into the Premier League. 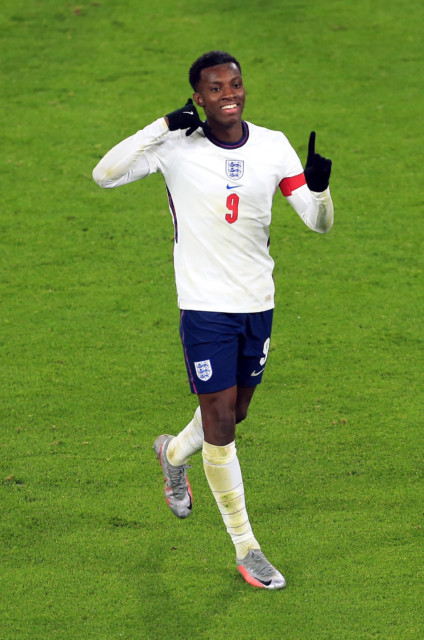 It was his ELEVENTH strike during a red-hot qualifying campaign.

And proud Nketiah said: “I have seen a lot of clips of Alan Shearer — he was a fantastic player.

“Now I am looking to progress and improve. I want to play as many games as I can for my club and country.

“I am grateful for the opportunities Mikel Arteta has given me — but I have a lot more in me.”

Captain Nketiah led from the front as England sealed Euros qualification with two games to spare.

But the display was unconvincing — just as it was in last Wednesday’s 3-3 draw with Andorra.

Nketiah warns the team must step up another gear at next year’s tournament. 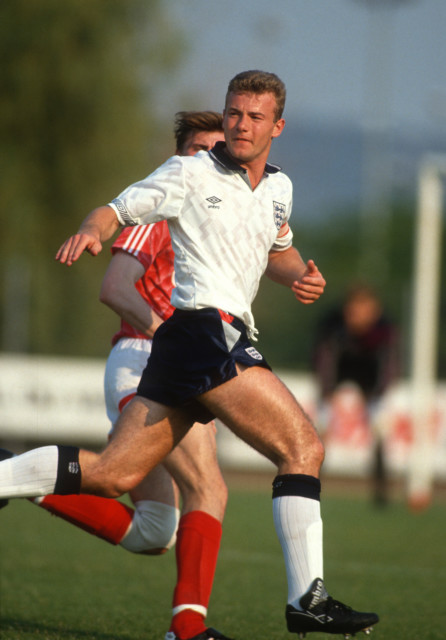 He added: “I enjoy the responsibility as captain and the pressure to perform and help others.

“We got the job done but, as a group, we know we could have done better over the two games.

“We made it difficult by being a bit slow or sloppy. But we showed heart by keeping pushing.

“There is a lot to learn and a lot to give. We have two games to be ready.”

Boss Aidy Boothroyd says there is room for a surprise package to come from nowhere and make his Euros squad ahead of it kicking off next March.

Phil Foden forced his way into Boothroyd’s plans for the last Euros with an impressive run of form for Manchester City.

And the former Watford boss said: “There are always those who come out of left field.

“That’s why we’re so diligent in our scouting by making sure we get around and see players.”

Did you miss our previous article…
https://www.sportingexcitement.com/football/premier-league/11pm-chelsea-news-live-jorginho-set-for-new-contract-reece-james-red-card-ter-stegen-transfer-bid-havertz-and-werner