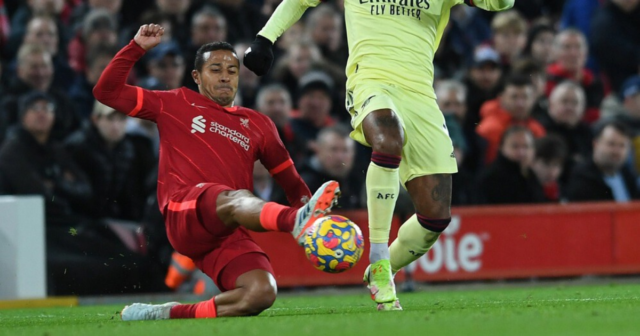 ARSENAL will not discuss a new contract with Alexandre Lacazette until the end of the season even at the risk of losing him for nothing in the summer.

The 30-year-old striker is in the final few months of his £200,000-a-week deal and will be free to open talks with overseas clubs in January.

Manager Mikel Arteta has not ruled out the possibility of extending the striker’s stay but wants to put all contract negotiations on hold for now.

Lacazette, who cost Arsenal what was a club-record £52million fee when he signed from Lyon in 2017, knows he will not be short of offers.

Atletico Madrid, AC Milan, Marseille and Newcastle are among the clubs who are monitoring his situation and as a free agent the French international could command a hefty signing fee.

But Arsenal are unwilling to offer him another long-term deal on his current salary despite the player’s return to Arteta’s starting line-up in recent weeks.

It is possible they could negotiate a 12-month extension but Lacazette has not been impressed by the club’s lack of urgency in sorting out his future.

Arteta said: “I am really happy with what Laca is doing at the moment.

“But we are not going to be talking about new contracts until the end of the season.”

He also insisted he wants midfielder Mohamed Elneny to remain at the club for the rest of the season despite the Egyptian international running down his contract.

Former Manchester City winger Shaun Wright-Phillips believes the Citizens should look to bring Lacazette to the Etihad having failed to sign a replacement for Sergio Aguero.

Asked by SunSport which centre-forward he would sign, he remarked: “Someone was talking to me about it the other day and I said ‘for me I would sign Ollie Watkins’.

“Or even Lacazette, he knows where the goal is. He knows how to bring people into play and I always believe that when he plays for Arsenal, their front three behind him seem to play better, there seems to be more of a link-up between them.

“I think he’s like someone that helps Liverpool tick, Roberto Firmino.

“When Firmino plays with Sadio Mane and Mo Salah, there’s more space for them to run in behind because he’ll come short.

“He’ll turn and he’ll drag centre-backs with him and it creates space in-behind.

“The way Phil Foden plays, always running in-behind, Ilkay Gundogan, if Raheem Sterling plays, Riyad Mahrez, it’d just open the game up a little bit more (for them) and give the centre-backs something real to think about, instead of coming short or coming deep with that striker, they have to think about going in-behind as well.”

Did you miss our previous article…
https://www.sportingexcitement.com/football/premier-league/pochettino-could-be-set-for-awkward-cristiano-ronaldo-meeting-at-man-utd-after-his-comments-on-goat-debate-with-messi