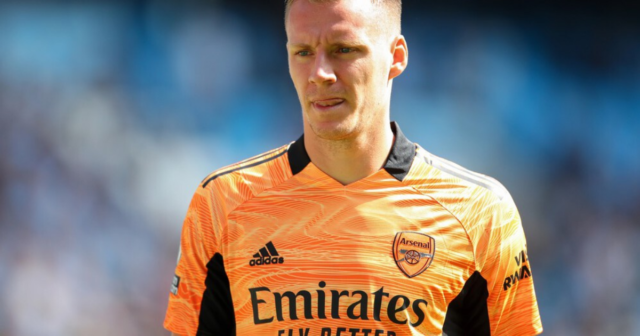 BERND LENO appears to be staying put at Arsenal – at least for the rest of the season.

That news will come as a blow to relegation-threatened Newcastle, who were hoping to bring in the keeper this month.

Bernd Leno has not featured in the Premier League since August

Leno has found himself playing second fiddle at the Emirates since the arrival of England man Aaron Ramsdale last summer.

And the Gunners are set to add USA stopper Matt Turner to their ranks in an indication Leno could be allowed to leave.

But reports in Germany now say that won’t be before the January window closes next month.

Sky Sport reporter Florian Plettenberg says the Magpies will have to avoid the drop if they’re to tempt the 29-year-old to Tyneside.

Former club Bayer Leverkusen are also reportedly interested in taking him back to the Bundesliga.

Leno hasn’t featured in the Premier League since the 5-0 defeat against Manchester City on August 28.

He was considered No.1 in North London after joining from Leverkusen back in 2018.

But Ramsdale has since cemented his place as Mikel Arteta’s first choice between the sticks after his £30million move from Sheffield United.

The 27-year-old Turner is set to join from MLS outfit New England Revolution in a £5.8million deal.

He was a key cog in the USA’s triumph at the Concacaf Gold Cup in August and was named as the tournament’s best shot-stopper.