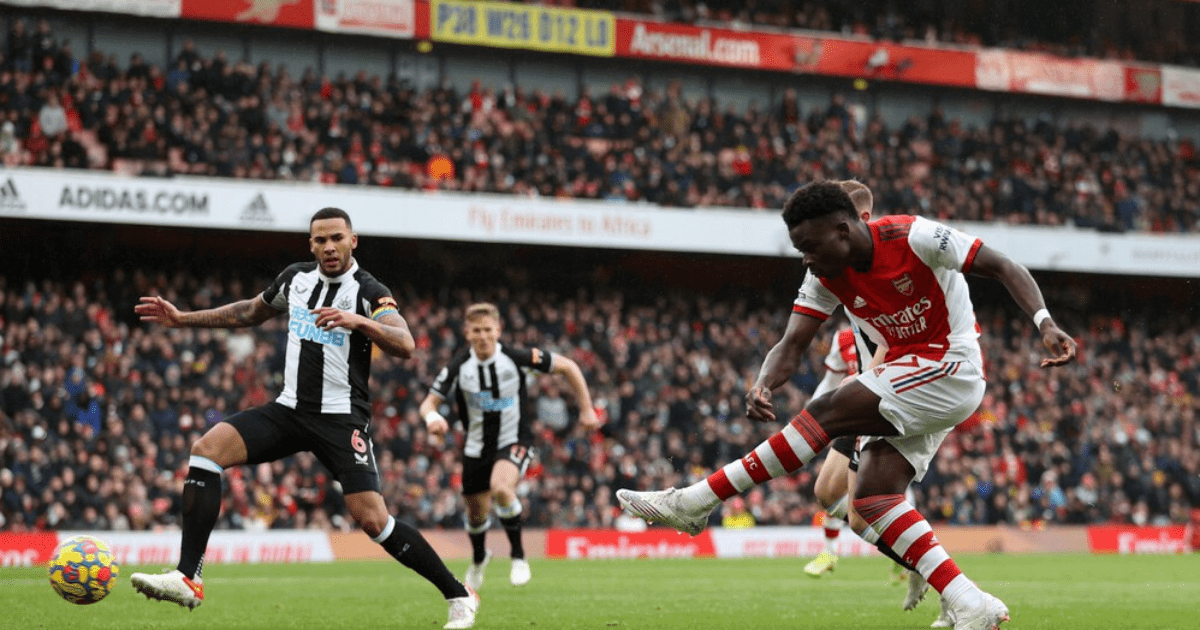 The Gunners host Eddie Howe’s side in their first game of 2023 on January 3.

Arsenal’s home game will now kick off at 7.45pm

The clash was meant to get underway at 8pm.

But the fixture has been picked for TV coverage and will now kick off at 7.45pm and be shown live on Sky Sports.

Arsenal will be out for revenge too, because the Mapgies crushed their top four hopes last season.

Travelling to St James’ Park in their penultimate fixture, the Gunners knew that wins from their final two Prem games would see them qualify for the Champions League.

But Mikel Arteta’s men crumbled in front of a raucous Toon Army crowd.

Ben White’s own goal put Newcastle ahead 10 minutes into the second half before Bruno Guimaraes all-but ended Arsenal’s dreams late on.

Remarkably, they’ve only lost once in the league since then – the 2-1 defeat at Manchester United in September.

As a result, the North Londoners are currently five points clear at the top of the Prem.

Therefore, Arsenal will be confident of getting their own back.

And they’ll be huge favourites to do exactly that, not just because they’re the leaders, but their home record in recent months has been exceptional.

Arsenal have won each of their five Emirates fixtures this season and have won their last nine, dating back to the 2-1 defeat to Brighton in April.

Did you miss our previous article…
https://www.sportingexcitement.com/football/premier-league/aston-villa-want-tammy-abraham-transfer-with-roma-ready-to-listen-to-offers-for-former-chelsea-striker/