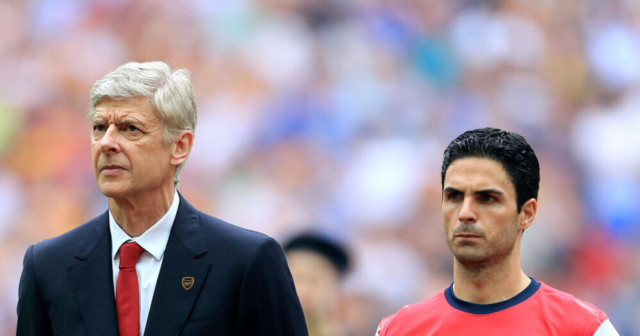 EDU has admitted that he wants to bring Arsene Wenger ‘closer’ to Arsenal once more.

The Frenchman has kept away from the Gunners after leaving in 2018 following 22 years at the helm.

But his former player Edu, now technical director at the Emirates, would love to see Wenger involved again in some capacity.

The Brazilian, 43, wrote in his programme notes: “It was great to see Arsene Wenger the other day at the screening for his new documentary.

“We had a good conversation, and I said to him that he cannot realise how important he is for my career.

“I told him I would like to see him a bit closer to the club and to myself as well in the future. That would be a real, real pleasure and special for everyone here.

“I also told him I was so proud to see myself in his film – it brought back lots of great memories about that Invincibles team!”

Edu’s admission comes hot off the heels of boss Mikel Arteta also admitting he’d like to see his old boss return after chatting to him at the premiere of his film, Arsene Wenger: Invincible.

He said: “There has been communication with Arsene.

“I talked to him when we went to see the film and it was incredibly pleasant to see him again and chat with him.

“Hopefully we can bring him close because I think he would have a great time just seeing the environment he could create around this place.

“There is so much respect and admiration from everybody at the club for what he’s done and for what he represents as a person at Arsenal.”

In his notes, Edu also spoke of how seeing his Invincibles side again on the big screen inspired him in his current role.

“These are beautiful memories I have as a player, but now I am a technical director, and I was watching it thinking about how we can create that culture that Arsene had at that moment.

“The mentality that the players had, the feeling we had in the dressing room and what we built together as a team. I remember the respect we had between all the players – you need that in a long, long season together.

“We were good friends, and we worked for each other. If I can help create that again, then that’s what we want to do.”