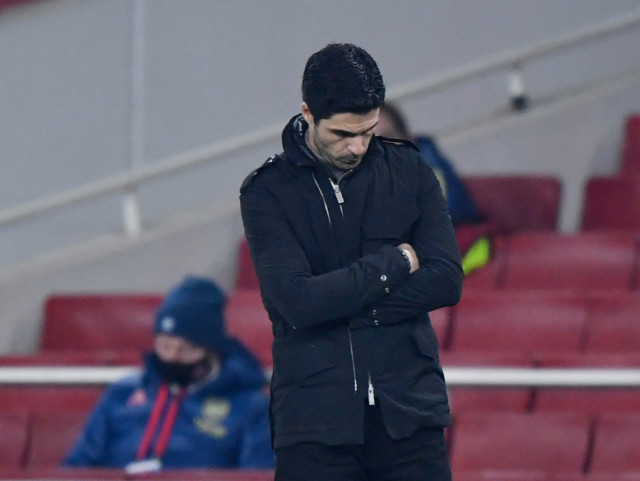 WHEN it rains it pours. And it’s teeming down on Arsenal boss Mikel Arteta right now.

Four points off the relegation zone in the Premier League, could last year’s FA Cup-winning boss deliver some respite in a Carabao Cup quarter-final tie against his former employer Manchester City?

Mikel Arteta is under the pump at Arsenal

The short answer is no. But in reality Tuesday night’s 4-1 defeat showcased how Arteta cannot be the sole scapegoat for the Gunners’ disastrous form.

Against his old boss Pep Guardiola, a hatful of things conspired against Arteta and Arsenal.

Shellshocked by Gabriel Jesus’ third-minute header, the returning Gabriel Martinelli was just the bright spark Arteta had been calling out for with his side bereft of creativity of late.

The Brazilian showed all the enthusiasm of someone stuck on the sidelines for nine months during a pandemic – and it was no surprise when his pinpoint ball in set up Alexandre Lacazette for an important equaliser.

When Arsenal midfielder Dani Ceballos theatrically fell to the ground clutching his face after a clash with Fernandinho – with no VAR at play in this stage of the competition – there was no chance of further action.

Granted Ceballos was exuberant with his flailing arms after a minimal brush from his opponent.

However, Fernandinho clearly raised his arms and everyone’s favourite technological advance in football could have easily decided it was worth Stuart Attwell jogging over to the monitor before issuing a straight red card.

And it wasn’t the last time Arteta was ruing the absence of VAR.

Martinelli succumbed to a nasty ankle blow suffered in a collision with Zack Steffen before the break and departed immediately after the interval.

Some things just can’t be accounted for and Runar Alex Runnarsson’s clanger to gift Riyad Mahrez a goal after 54 minutes was the sucker punch that changed the game.

Arteta was slammed for his best Rafa Benitez impression in the week when he pointed to a long list of bizarre stats to defend his side.

And he continued his impression of the former Liverpool boss by turning tinkerman and using Runnarsson between the sticks. 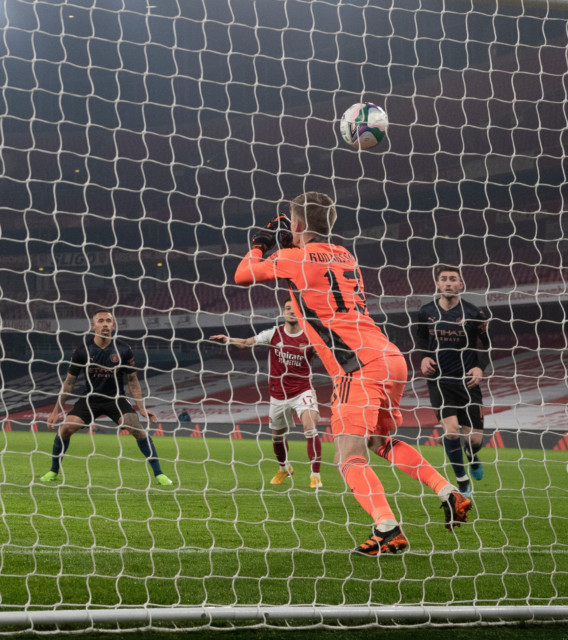 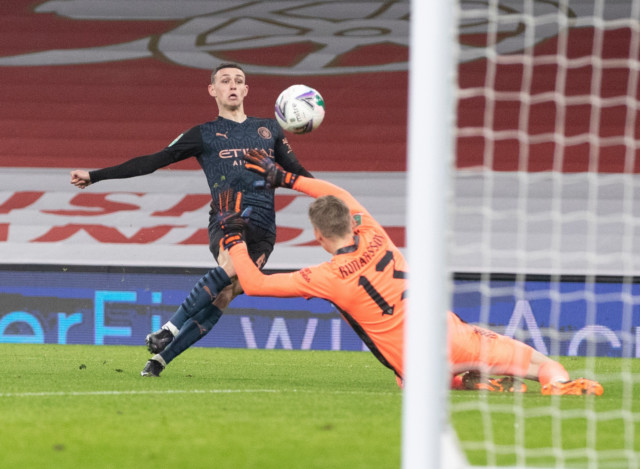 The Icelandic back-up was given a run out in a big game, and in hindsight Bernd Leno would have been a more reliable option, but surely the Spanish boss cannot be held accountable for his keeper’s outrageous butter fingers.

The double whammy was complete when Phil Foden dinked over Runnarsson to make it 3-1 and effectively end Arsenal’s already slim hopes… only for replays to show the England youngster was clearly offside.

Pesky VAR. You never know what you have until it’s gone.

And that could well be the case for Arteta. Arsenal must not sack their manager despite the bookies having him as odds-on to go before the season’s out.

Sky Sports’ Jamie Redknapp summed it up perfectly after the game.

He said: “There’s only three or four players you could trust as a new manager coming in.

“There’s too many of them that will let you down. It’s a team full of kidders.

“If you get rid of the manager, who comes in? Who is out there?”